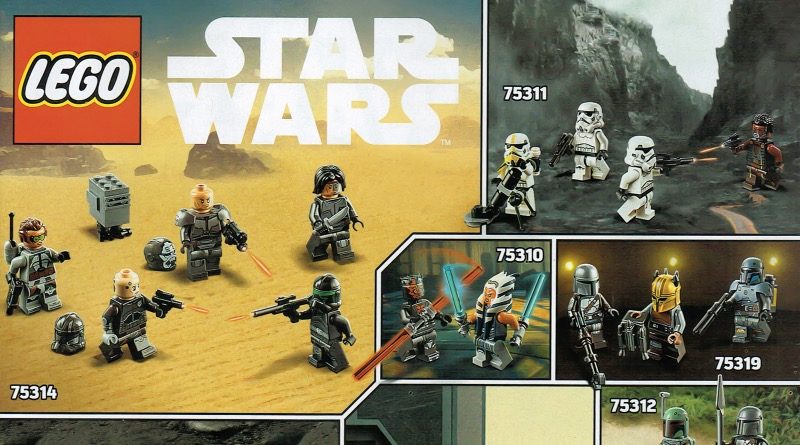 The instruction manual for 75314 The Bad Batch Attack Shuttle has given us a closer look at the minifigures coming in the rest of this summer’s LEGO Star Wars sets.

Hoth Bricks has just received an advance copy of the August set, which – as its name suggests – is based on the currently-airing Disney+ series Star Wars: The Bad Batch. And nestled in the back of the set’s instruction manual is a full-page spread of all the LEGO Star Wars minifigures arriving in August’s sets, which were first revealed by a Japanese consumer catalogue.

We’ve already seen a few of those up close, as the two sets based on Star Wars: The Clone Wars – 75310 Duel on Mandalore and 75316 Mandalorian Starfighter – are listed on LEGO.com right now. But this is our first legitimate glimpse of the minifigures coming in the previously-unrevealed 75319, which is rumoured to be based on the Beskar forge from Star Wars: The Mandalorian.

The minifigure line-up for that set number certainly appears to confirm that rumour, with Din Djarin, The Armourer (who re-uses Gar Saxon’s helmet mould) and Paz Vizsla in the mix. The page also gives us a much clearer view of the minifigures coming in 75311, 75312 and 75315, all of which are based on Season 2 of Star Wars: The Mandalorian.

You’ll be able to get your hands on all of these sets and minifigures from August 1, alongside the already-revealed 75296 Darth Vader Meditation Chamber. 75314 The Bad Batch Attack Shuttle is available to pre-order at LEGO.com right now.