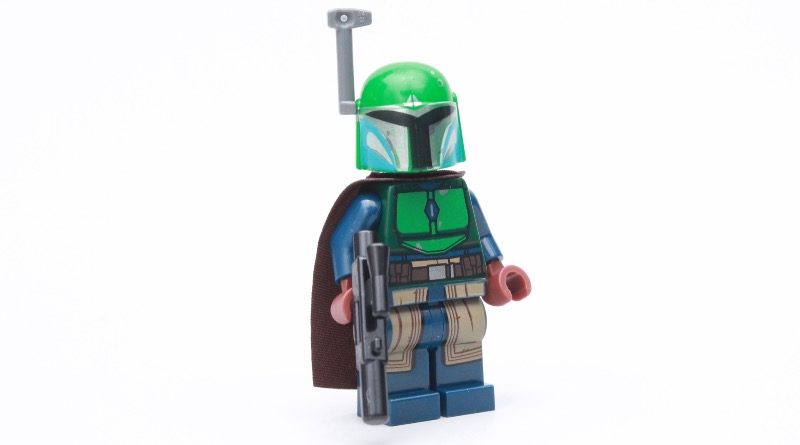 Issue 68 of the LEGO Star Wars magazine comes with a free minifigure from Star Wars: The Mandalorian.

No, it’s not Beskar Mando – that would be too good to be true – but it’s still a very cool character, plucked straight from the box of 75267 Mandalorian Battle Pack.

That means this month’s freebie isn’t quite as tantalising as some we’ve had previously, because you can technically still pick it up with three other minifigures (and a handful of LEGO bricks) for £12.99, just £9 more than the mag’s cover price.

As a quick impulse buy on your next grocery shop, though, it’s hard to pass up – and you can never really have too many Mandos. Plus, it’s hard to knock the attention to detail put into this minifigure, which apparently represents a female Mandalorian (because why wouldn’t a creed of intergalactic warriors wear gendered helmets?).

The helmet antenna is also bundled in with a bunch of other accessories, as is standard for that element, so you’ll have plenty of extras to pass around your other Mandos or Clone Trooper minifigures.

Head here for a closer look at what’s inside the pages of Issue 68 of the LEGO Star Wars magazine, or click here to see what’s coming in next month’s issue, which lands on March 17.