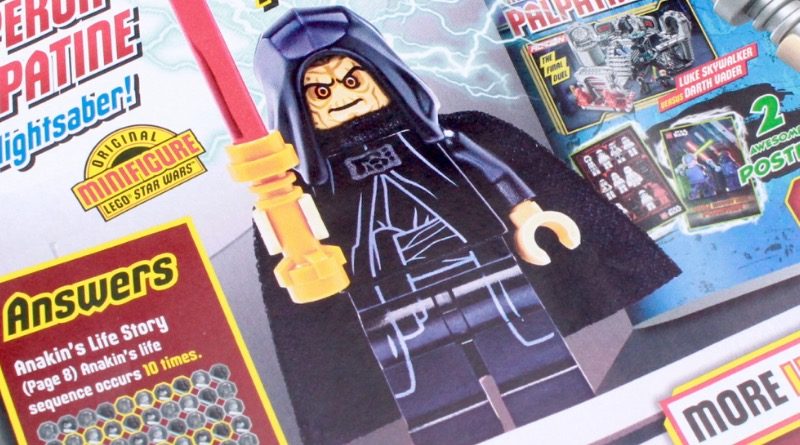 The dead speak! Or at least they do in Issue 69 of the LEGO Star Wars magazine, which will include a free Emperor Palpatine minifigure.

Unfortunately, it’s not a brand new – and much-requested – rendition of old Sheev as he appears in Star Wars: The Rise of Skywalker, all red-robed and reanimated, but the version that arrived in 2020’s 75291 Death Star Final Duel.

That’s not necessarily a bad thing, though, because it means you can pick up a minifigure previously walled off behind an £89.99 set – one that you probably won’t have been fussed about picking up if you own the very similar 2015 version – for just £3.99.

This also means we’re getting two minifigures in a row, where normally they’d be broken up with mini-models. We’ll just have to wait and see whether that sets a precedent for the LEGO Star Wars magazine going forward.

You can take a closer look at this month’s foil-bagged freebie by clicking here, or peek inside the pages of Issue 68 – which will be available at all good retailers until March 16, or while stocks last – by heading here.