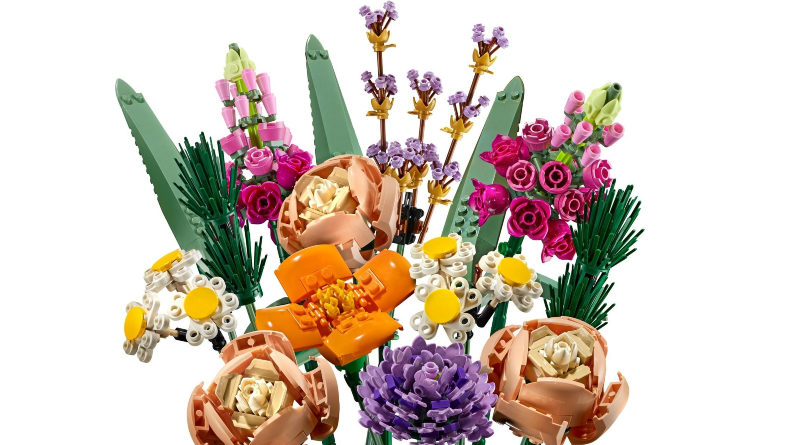 Fans can now pair the newly released LEGO Botanical Collection 10280 Flower Bouquet with a brick-built vase with the help of just one other LEGO set.

A LEGO fan has discovered a simple, but genius way to display 10280 Flower bouquet for those without a vase. All you’ll need is one specific LEGO Ideas set

Ashnflash came up with the idea and showcased it in his 10280 Flower Bouquet review. His idea was to build a transparent vase build using bricks from LEGO Ideas 21313 Ship in a Bottle.

As you would expect, the build only uses pieces from the bottle part of the set, to form a transparent container with a curved base. To address the gap in the bricks where the ship was attached, Ashnflash used bricks from the base of the bottle to fill it in, open the top and then make the base more sturdy.

To finish off this custom build, Ashnflash proceeded to pour the light blue transparent studs that formed the ocean in the original set into the vase to give the flowers some LEGO water.

Those wanting to recreate this build for their bouquet can pick up the recently rereleased 92177 Ship in a Bottle, which, as a copy of the original set provides all the pieces needed for this LEGO vase build.

If you’re still on the fence about the LEGO Botanical collection 10280 Flower Bouquet then check out the designer video for the set or Brick Fanatics’ review for more on this set which is now available for £44.99 / $49.99 / €49.99.

Support the work that Brick Fanatics does by buying your LEGO through one of our affiliate links.