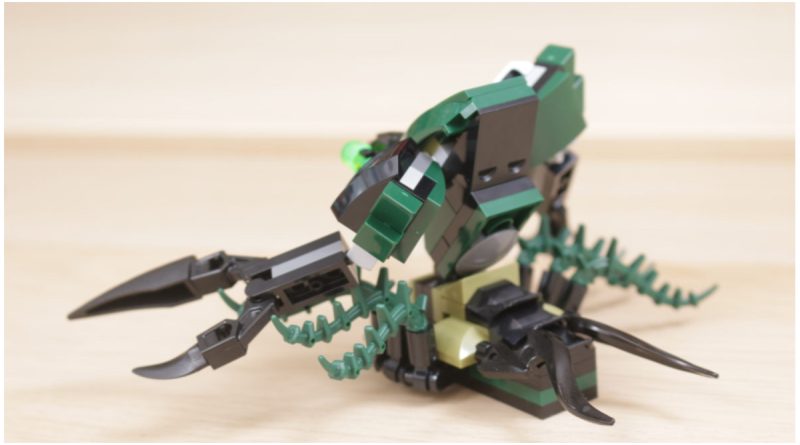 When LEGO designer Mark Stafford created 76185 Spider-Man at the Sanctum Workshop, there was some improvisation required.

When designing a new LEGO set, as much consideration has to be given to what’s left out as to what’s put in. Mark Stafford was tasked with creating 76185 Spider-Man at the Sanctum Workshop, a modest, 355 piece set that was based on the film Spider-Man: No Way Home. While speaking to MiniSuperHeroesToday, he talked about the reference materials available to him.

Marvel had supplied some concept art which gave Stafford an idea of what the basement looked like, including the portal at the back of the room. A protagonist, however, was more of a problem as Marvel didn’t want any of Spider-Man’s usual foes in the set. A compromise was reached however, as Stafford relates. ‘If he needs an antagonist, something to fight against, it’s Dr Strange’s basement, so make something up. Something that’s part insect and part tentacle.’

This was music to the designer’s ears. As he says, “I’m a bit of a Cthulhu fan so this was bread and butter for me, I just made a vaguely Lovecraftian monster and put it there.” However, the set was still a little spartan at this stage with ‘just a gateway and a sofa’ so he asked Marvel ‘is there any more information, is there any more concept art?’ Fortunately there was.

To Stafford’s surprise “they were building the set at the time and they actually sent me 60 photos from the set, so I got pictures of barrels with magic books on top and chained up refrigerators saying ‘Do not open'”. Much of the design that was sent over, however, didn’t make it into the final edit of the film. Apparently there were ‘rows of bicycles starting with a Penny Farthing, going through the eras all the way up to a modern mountain bike.’

So if you’d ever wondered why there was a mountain bike hanging on the wall in that set, or Peter Parker was battling an creature that nobody recognised, now you know. And there could have been a Penny Farthing too, but in the great scheme of things, editors outrank set designers. Stafford finishes with a hint of what could have been. “That set is beautiful, by the way,” he says, “I wish they’d shown more of the basement side, just for the easter eggs that they’ve put in, that I can see in the photographs that you don’t see in the film. I wonder how many easter eggs we’ve missed from the movies?”

If you buy LEGO via our affiliate links, maybe to build the basement that could have been, then you support Brick Fanatics. Thank you.