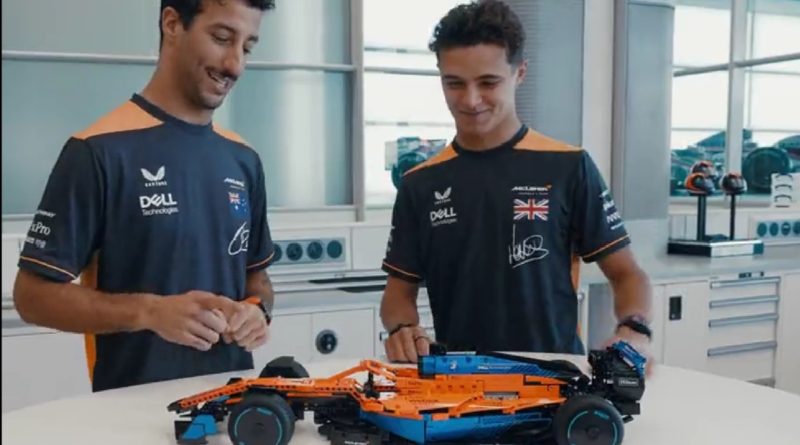 42141 McLaren Formula 1 Race Car was officially revealed earlier today and the McLaren racing team have presented the model to drivers Daniel Ricciardo and Lando Norris to see what they think of the big build based on the team’s 2022 Formula 1 car.

“LEGO sets these days are much more advanced than 25 years ago when I was a kid,” shared Daniel Ricciardo, moving to interact with the spoiler. “Oh, it does work, DRS Baby. This is really good.”

“I’m really hoping they’re going to be sending me one!” said Lando Norris in an interview featured on the official online store. “It would be nice to have something in my new place.”

The upcoming Technic build isn’t the first huge open-wheel recreation from the LEGO Group with licensed and inspired sets dating back 28 years.

Support the work that Brick Fanatics does by purchasing your copy of 42141 McLaren Formula 1 Race Car or any other LEGO Technic set using our affiliate links.