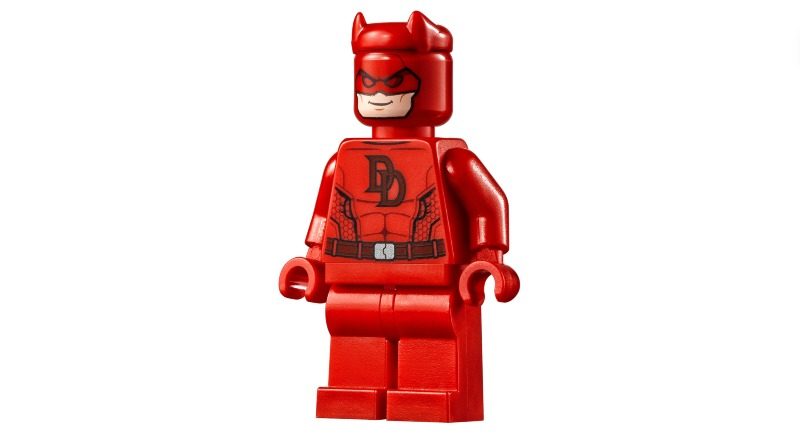 Back in 2018, a tiny Easter Egg hinted at the new design of the LEGO Daredevil minifigure, three years before he was included in a set.

If you look closely at the newspaper stand in 76108 Sanctum Sanctorum Showdown, released back in 2018, you can spot a red, horned minifigure that looks awfully familiar. The headline he’s featured under reads ‘Crime floods the streets’, suggesting that Daredevil has been pictured doing what he does best: bringing down bad guys.

Daredevil has appeared as a minifigure in LEGO sets before. However, his updated 2021 minifigure, found in 76178 Daily Bugle, has moulded horns, instead of painted ones like in previous iterations. Perhaps this tiny detail on the sticker shows that Marvel had plans to remake the blind superhero three years ago, or perhaps it’s simply a nod to the wider Marvel universe.

76178 Daily Bugle has the most minifigures of any LEGO Marvel set to date, with many of our favourite superheroes spotted with new and improved designs. We’ve broken down who’s who for you here, if you need any help working out which characters have made it into the set.