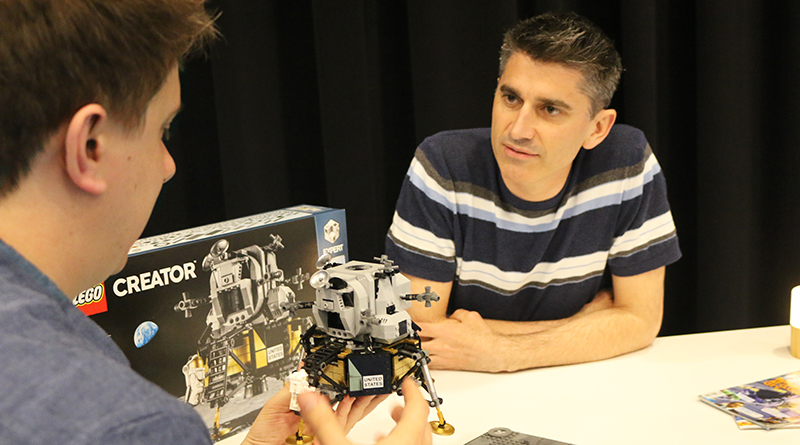 It was 50 years ago today that man stepped onto the Moon’s surface for the very first time. With NASA (National Aeronautics and Space Administration) currently engaged in a new mission to the Moon, the anniversary has take on extra meaning, with partners such as the LEGO Group helping the agency to inspire a new generation to look to the stars.

Could you explain how this set came about?

This is of course the anniversary of the moon landing. We thought, we have done this before in in the 1970s and in the Discovery collection, but we have never really done it to this level. We are really taking advantage of the 50th anniversary, capturing those minifigure footsteps as they take their first steps on the Moon as they are coming down off the ladder.

It has some authentic details we have never been able to capture on the previous two. On the inside it is quite cramped, like the real one. We have included the camera on the lander – it wasn’t like Buzz Aldrin there with the camera in his hand. Then you have got on the back side here, another panel that pulls down and then there is a reflector and you can position that right there on the front, that is still there on the moon today.

For the minifigures themselves, you get new prints on the front, with the NASA logo. Then we have got an extra detail reminding people that Nixon’s on the moon, we have a plaque, his autograph, where he was saying that the moon is for everyone, just an extra little detail right there. Otherwise there are lots of luscious golds, lacquering, foils, some nice decorations and I think a pretty stable, fun set.

What did you learn about the real lander when working on the set?

We learned a lot on the project, the foiling is just for the heat and the cooling, they were trying to land it at a point they could get good light in order to film and see everything, but it also meant when they had the sun directly coming down. The heat and the temperatures were extreme, but then when the sun would go away they would cool opposite hundreds of degrees one way or the other. You see this foil and think, ‘that is all it took to take care of that?’ 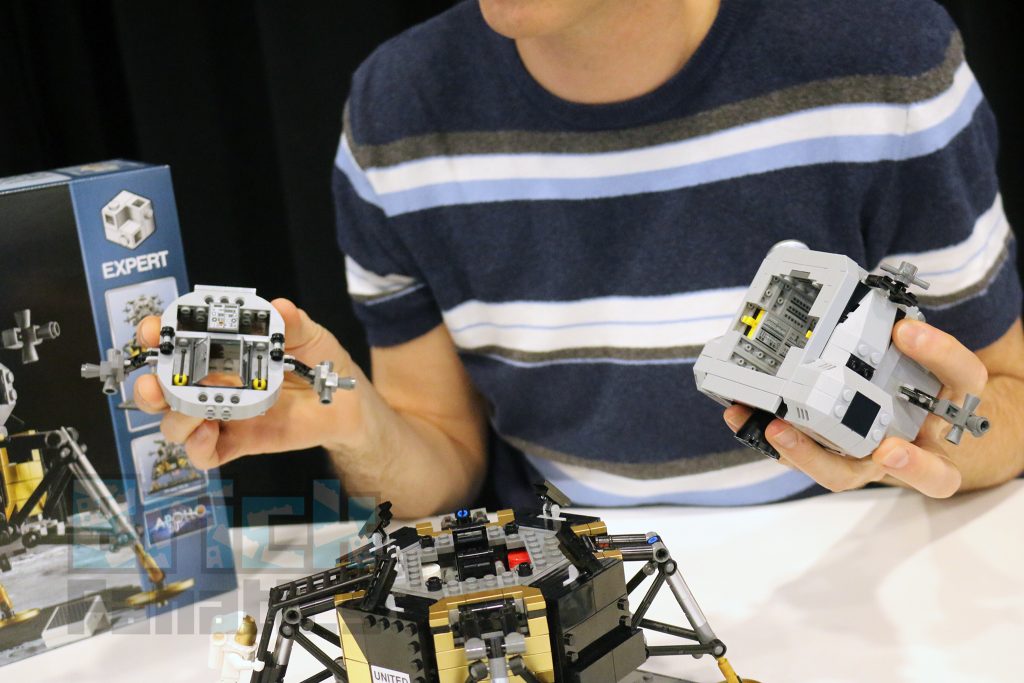 What opportunities does a 16+ age marking present?

I think the first thing is just this level of geometry, when you see these legs and how they come together, they are actually quite beautiful but also very effective and stable. But coming up with these tight fits and connectors, that is something that is a little bit more advanced, you have to assume that your builders can handle a degree of challenge but have it also be fun. The challenge is always the balance there. I would almost argue that this set does invite a lot of play, even if it is for an adult audience.

Something that can be a little bit deceptive, this interior part here actually incorporates a lot of sideways building, you are building it flat but the pieces come together and wrap around in a cube. Traditionally for the younger kids we would stack, but by not stacking it allows us to get so many more details, even using the other side of the plate as buttons, this whole wall is nothing but circular buttons on the real spacecraft, so we embrace that with our element choices.

Oh, they love it. They are super excited to bring attention to the space program because I think there has been a period of time when it wasn’t so much in focus, when they lost the shuttle program, it was a challenge to get people to still be excited. So I think when they are celebrating an anniversary like this it brings people back to see what are they doing. The whole space race right now, going to Mars has really brought a lot of attention.

We initiated this, we went to NASA. But they have also been a partner that has been long standing. They have helped us in the past, with the Discovery collection. In LEGO City a few years ago, they made a space station then NASA brought it up into space, floated it around, so they have been super good at partnering with us and trying to get kids excited about space. But I think this is one of the first times that we are specifically targeting an adult audience because normally the focus has been on kids, so I think they were pretty impressed at the level of detail that we could get into a model of something historic, because all of the other ones have been more playful, a toy presentation of the thing. 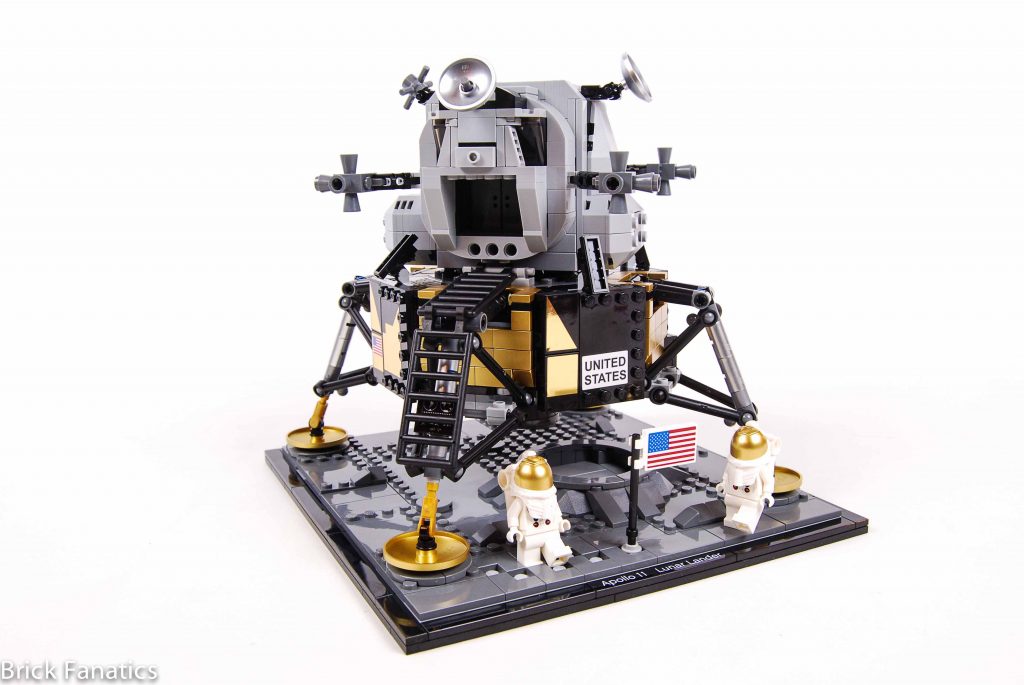