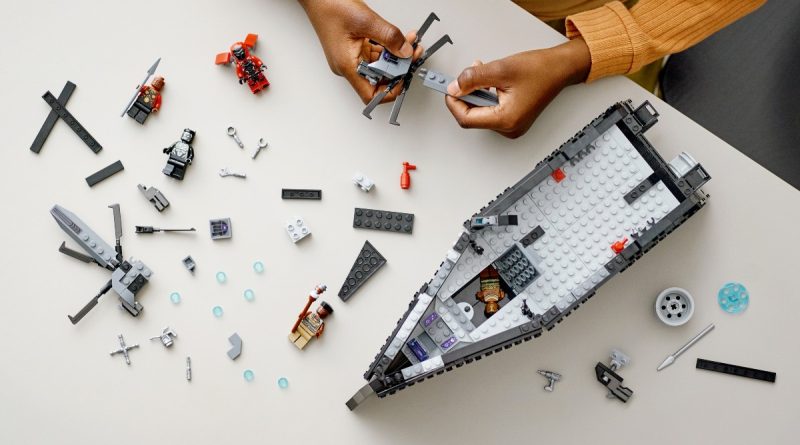 With the release of a new Black Panther model, there are now five Marvel Disney+ series with at least one LEGO minifigure as of October 2022.

Though there are many Disney+ Marvel Cinematic Universe series streaming now, and lots more on the way, minifigures or models based on them have been much rarer compared to Marvel Studios films.

However, there are a few instances where the LEGO Group has drawn inspiration from the various shows or characters that will star in them, including one from October 2022.

One of the first Marvel Studios series to start streaming, WandaVision, has three minifigures thanks to 71031 Marvel Studios, a Collectible Minifigures series which most of the entries on this list come from.

These include the Scarlet Witch, the Vision and Monica Rambeau. At least one of these characters will appear in future MCU projects too.

The Falcon and the Winter Soldier

Thanks to 71031 Marvel Studios, The Falcon and the Winter Soldier has two minifigures explicitly based on the series.

They are the new Captain America and Winter Soldier, the former of which is an especially detailed minifigure.

Last up in the series featured only in 71031 Marvel Studios is Loki, the time and space-travelling show featuring the gods of mischief.

With the title Loki, it only makes sense for 71031 Marvel Studios to include both Loki and Sylvie as well as Alligator Loki and Throg as an accessory.

However, it’s not the only set it has been referenced in. There were two full models based on episodes of the series with 76194 Tony Stark’s Sakaarian Iron Man and 76201 Captain Carter & The Hydra Stomper.

While the series has yet to release, there are already two Ironheart minifigures thanks to the new LEGO Marvel Black Panther: Wakanda Forever wave, including one that is more finalised than the other.

A prototype version of Riri Williams’ armour is featured in 76211 Shuri’s Sunbird. Though a finished design is included in 76214 Black Panther: War on the Water. That makes the latter a more ideal option for those wanting to prepare for the Disney+ series.