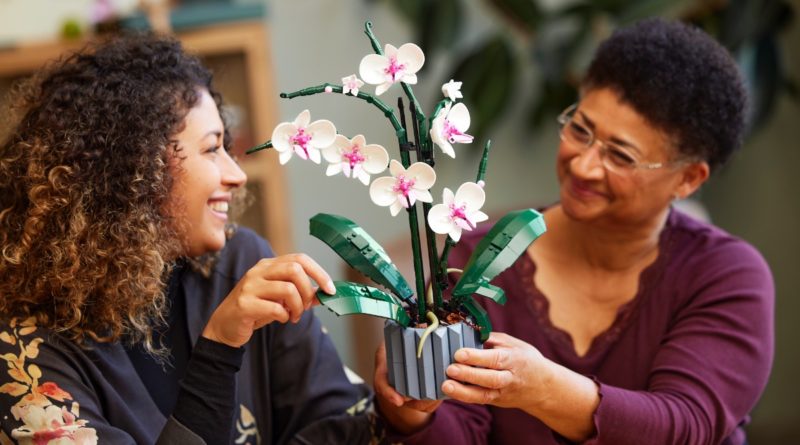 Between Jurassic World, Lightyear and Star Wars, it’s been a busy past couple of weeks for both the LEGO Group and our wallets, but hopefully yours has had time to recover for all the new stuff coming our way today. After all, it’s the first day of the month, and that means plenty of shiny new LEGO to get your hands on.

If you’re in the market for a super-sized version of a very familiar set from a galaxy far, far away – more on that further down – today also marks the beginning of this year’s May the 4th event, which celebrates all things Star Wars with three tempting gifts-with-purchase and double VIP points on selected sets.

The Botanical Collection is growing a little bigger this month, with a couple of wildly different buildable plants to add to your plastic garden. One of those is a modular assortment of tiny builds, while the other is a single but expansive plant, and yet both come in at the very reasonable price of £44.99 / $49.99 / €49.99 apiece.

This year marks the LEGO Group’s 90th anniversary, and while the full celebrations probably won’t kick into gear until later in the summer – the company’s official birthday is August 10 – the first set to honour the occasion is already here. 11021 90 Years of Play includes bricks to build tiny micro-models of sets from across the decades, and there’s even scope for a few more beyond those…

Following up last year’s 71030 Looney Tunes in the ‘novelty heads on minifigure bodies’ department is 71033 The Muppets, a colourful cast of Collectible Minifigures that are pretty much all home runs for the design team. From Kermit, Miss Piggy and Fozzie Bear to Animal, Gonzo and even Statler and Waldorf, you’re probably going to want them all.

Not content with just watching their minifigure counterparts in LEGO CITY blasting off into space, the mini-dolls of Heartlake City have formed their own partnership with NASA for a one-off release this month. 41713 Olivia’s Space Academy includes a space shuttle, academy building, telescope, a Canadarm stowed inside the shuttle (ready for space walks) and four mini-dolls.

Two and a half months on from the launch of Horizon Forbbiden West, the LEGO Group’s first – but hopefully not last – giant, post-apocalyptic machine from Guerrilla Games’ acclaimed series is finally here. The graceful and non-violent Tallneck sits on a display base that hints at the video game’s lush scenery (and the Old World), while a Watcher skulks around in search of Aloy – who, by the way, is easily one of the most detailed LEGO minifigures in recent memory.

Hands up who wanted another LEGO Landspeeder. Anyone? Anyone at all? If it helps, we’re not talking about another minifigure-scale version, of which we’ve had roughly 1,000 since the first way back in 1999. No, the latest (and maybe greatest) X-34 Landspeeder blows Luke’s ride up to Ultimate Collector Series proportions, complete with all the detail and size you’d expect of a 1,890-piece set.