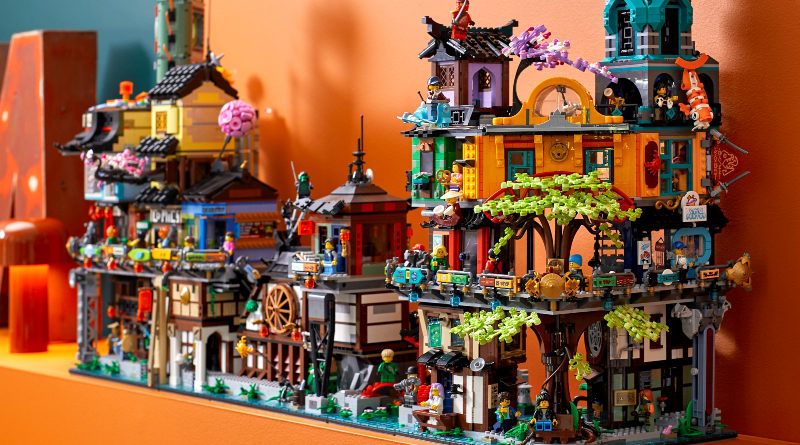 A YouTuber has explored the many possibilities of connecting 71741 NINJAGO City Gardens to the rest of NINJAGO City.

LEGO fans who have picked up, or will be picking up the new 71741 NINJAGO City Gardens anniversary set may be wondering just how it’s supposed to connect to the other two NINJAGO City models. The LEGO Group have suggested their own way of forming the city, but one YouTuber has other ideas.

Bricks by Mind explored the topic in a new video, having already gotten his hands on, and built the set. Not only does this give some inspiration for budding city-builders but also demonstrates some features of the set that were not previously known

In order to make sure that 71741 NINJAGO City Gardens is fully connectable, the balconies on the second and third levels of the set disconnect, meaning it can be attached to either expansion with the shrine island. Thanks to the video, we can see how the new set looks with the rest of the city, without the island.

This orientation comes without the gap caused the additional island and connects the walkway outside the teashop, which otherwise stays unconnected. For those with a slightly smaller shelf, 70657 NINJAGO City Docks is then taken away, leaving just the first and most recent expansion.

The blue skyscraper in 71741 NINJAGO City Gardens is a highlight of the set, so it might be a shame to keep it at the very back. Two more orientations are shown with both of the sets and just one where the towering ninja base is up front.