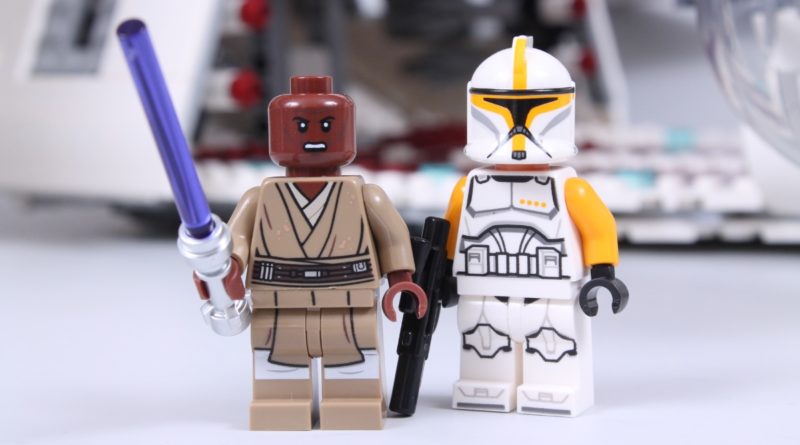 A LEGO designer has explained that future UCS LEGO Star Wars sets will include exclusive minifigures, following the Gunship.

Minifigures in LEGO Star Wars Ultimate Collector Series sets haven’t always been exclusive in the past. 75309 Republic Gunship came with Mace Windu and a Clone Trooper Commander, only one of which is exclusive now as Mace Windu would be included, with printed arms, in a set the year after its release. As we reported, this made some fans unhappy.

Following that, members of the LEGO Star Wars design team have explained how they’re taking feedback on board for future models, using 75331 The Razor Crest and its three exclusive minifigures as an example.

“This was something we’ve changed based on input from fans,” said Jens Kronvold Frederiksen regarding exclusive minifigures in UCS sets as reported by Jay’s Brick Blog. “It was something we changed because we know that when you buy a big set, it’s nice to get something unique, something special and that’s what we want to provide.”

“We had a case and that was with the UCS Republic Gunship where people were not super happy about the minifigures because they were not unique, and honestly, we’ve taken that feedback in.”

75331 The Razor Crest is the latest Ultimate Collector Series set though as the theme continues, it’s likely that there will be more in the future and this quote suggests that their minifigures will remain exclusive.