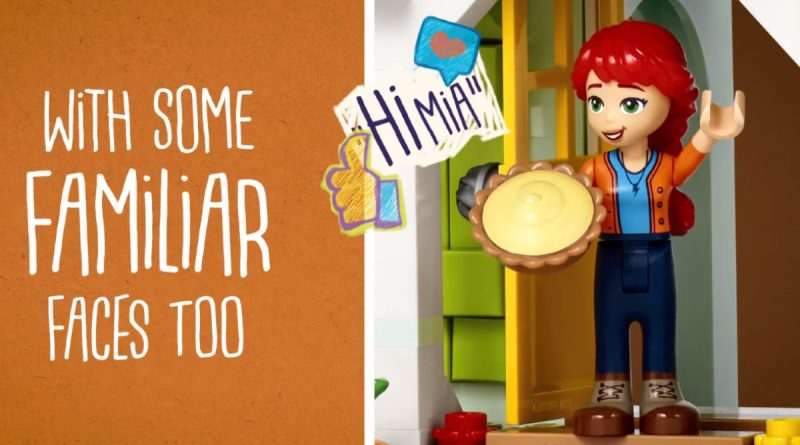 LEGO Friends will be relaunched in 2023 with a new cast of characters, box art and more, but there’s at least one familiar face that’s sticking around.

The current friends of LEGO Friends include five characters Andrea, Emma, Mia, Olivia and Stephanie. In the current story and final chapter for these characters, the LEGO Friends are separating to pursue their own goals and interests, making way for a new cast of characters. However, it also appears that the theme will be leaping forward in time as Mia is confirmed to reappear.

Featured in 41730 Autumn’s House is a mini-doll with red hair. In a trailer for the 2023 relaunch of the theme, it’s confirmed that this is Mia from the original cast.

Unless Mia is visiting Autumn’s house on a day trip, and considering their similar hair colours, this might suggest that Autumn is Mia’s daughter or at least a member of her family, indicating a time jump for the theme.

Provided LEGO Friends is leaping forward in time in 2023, it’s possible that we could see the other four original characters cameo in the future too. However, that has not been officially confirmed and we’ll likely know more when the next wave of LEGO Friends launches next year.

For now, we know that Mia is back in LEGO Friends for 2023, but not as a core character for the first time since the theme debuted over 10 years ago.