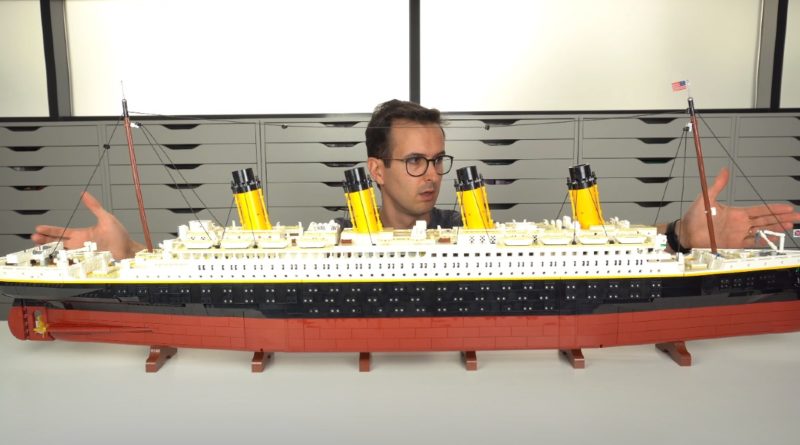 The first reviews for the new LEGO for Adults 10294 Titanic have set sail, offering a detailed tour through the model recreating the iconic ship.

LEGO YouTuber and ex-designer Tiago Catarino has gotten his hands on the newly revealed creation, offering an early review of the set ahead of its release in November.

The massive model measures 9,090 pieces in size and over one metre in length, with a design that faithfully captures every aspect of the legendary ship, even down to the interior. The YouTuber mentions comparing the blueprints of the RMS Titanic to the set during the build and was impressed with the attention to detail.

“We’re talking about LEGO, right? A square-based system? But then there’s the curves and smooth transitions, parts of the build at weird angles and hardly any gaps at all. While building this all I could think was ‘How in the world is it possible to make this with LEGO pieces?” commented Tiago on the shape and design of 10294 Titanic.

The review also notes that the two propellers at the back are indeed connected to the engines in the stern section, making them a functional, and faithful addition to 10294 Titanic.

LEGO for Adults 10294 Titanic will be available starting November 8, but those of you eager to order the mammoth model can pre-order it beginning November 1. Whilst you wait for the release, sort through an extensive array of images and start planning where you can display the recreation with our size guide.

One thought on “First look at LEGO for Adults 10294 Titanic”