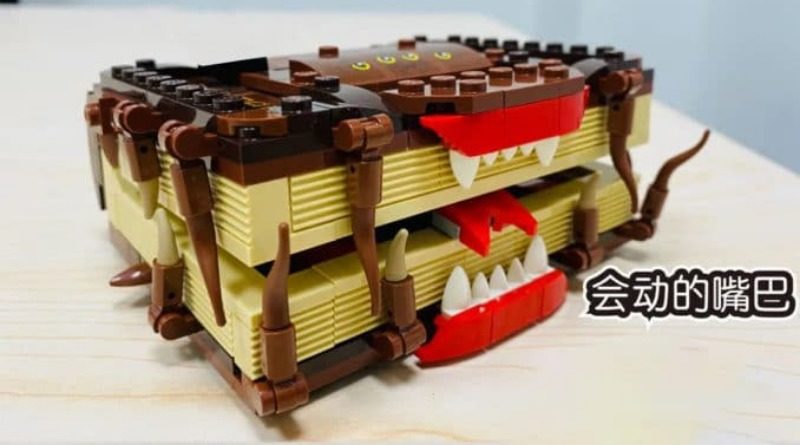 The LEGOLAND Discovery Center in Shanghai has revealed the first images of LEGO Harry Potter 30628 Monster Book of Monsters.

According to StoneWars, the set was first spotted on a store calendar, shared via WeChat. The same calendar confirms the buildable book will be a gift-with-purchase at Shanghai’s LEGOLAND Discovery Center from October 15 to November 15. And one fan has apparently already got their hands on a copy, sharing images of the finished model.

While the flyer suggests the Harry Potter set will be exclusive to the LDC, it’s fair to assume that will only be the case in China. The conditions are likely to be similar if it pops up elsewhere, though: a minimum spend on LEGO Harry Potter sets. In Shanghai, that’s 1,399 Chinese yuan, or roughly £162.

A short video clip of the built set has also revealed its killer feature. Push the book along your desk, and its mouth will snap open and shut, just like in Harry Potter and the Prisoner of Azkaban.

The boxed 30628 Monster Book of Monsters also includes a non-exclusive minifigure of Draco Malfoy. At this stage, the number of parts hasn’t been confirmed, but it looks like a pretty substantial gift-with-purchase. Fingers crossed it finds its way out of China soon.

The full range of 2020 LEGO Harry Potter sets is available now, including 75978 Diagon Alley. To continue to support the work of Brick Fanatics, please buy them from LEGO.com and Amazon using our affiliate links.