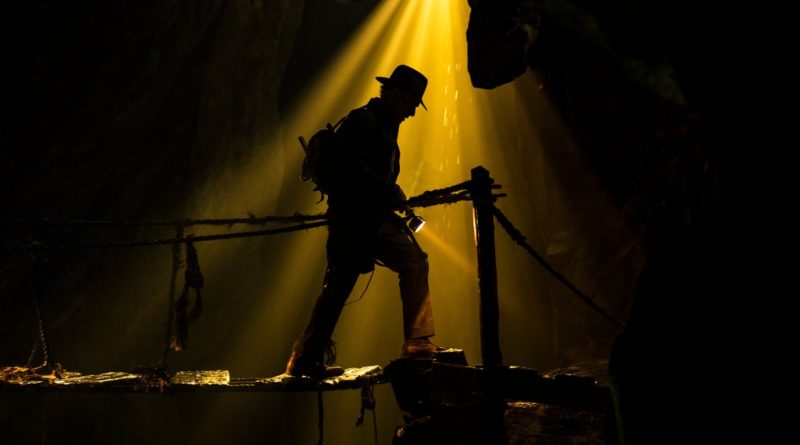 Attendees at this year’s D23 Expo have been treated to a first look at costumes and art from the upcoming fifth Indiana Jones movie.

With D23 Expo now in full swing, fans can expect all sorts of exciting announcements regarding future Disney, Pixar, Marvel Studios and Lucasfilm projects. One of these includes the long-anticipated fifth cinematic adventure of globetrotting archaeologist, Indiana Jones.

So far, few details have been revealed regarding the sequel, although Harrison Ford will once again be donning the character’s famous fedora for the first time since 2008’s much-maligned Indiana Jones and the Kingdom of the Crystal Skull. The above image is all that’s been officially released up until this point, although composer John Williams did debut new music from the forthcoming film at a recent Maestro of the Movies concert held at the Hollywood Bowl.

Now those in attendance at this year’s D23 Expo have been given a first look at a handful of concept artwork and costumes from the next Indiana Jones film. The art for the movie certainly has a classic Indy feel, with images of a bustling street scene and hotel at night, what looks like a thrilling high-speed chase with Doctor Jones driving a rickshaw through a narrow alleyway and the discovery of an ancient and foreboding tomb.

There are also character sketches on display and full costumes for fans to take in. These include what could be a mysterious black trench coat wearing villain similar to the Nazi, Toht, as seen in Raiders of the Lost Ark, plus a female character who may possibly be played by Phoebe Waller-Bridge. Finally, Indy’s full costume is also displayed at D23 Expo, with the adventurer’s battered leather jacket, hat and bullwhip all present and correct.

A panel is scheduled to take place later today at D23 Expo that will include announcements regarding upcoming Marvel Studios and Lucasfilm TV shows and movies. It’s not yet known if any potential content will be revealed regarding the fifth Indiana Jones film, although we’re keeping our fingers crossed for at least a full title confirmation, plus a possible first look trailer would be very welcomed.

The fifth Indiana Jones film is currently due to arrive in cinemas worldwide on June 30, 2023.