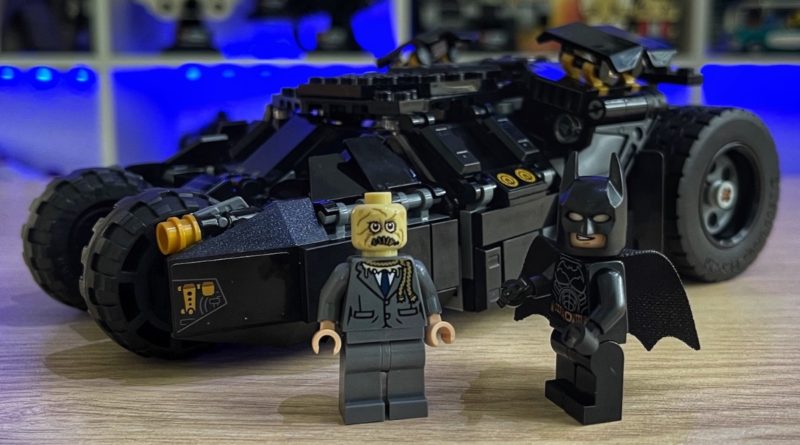 An early review of LEGO Batman 76239 Batmobile Tumbler: Scarecrow Showdown has landed online, giving us a closer look at the smaller of the two Tumblers arriving later this year.

The minifigure-scale version won’t launch until October 1 (although it can be pre-ordered in the US), but Promobricks has already managed to find a copy and publish an in-depth review. And they’re full of praise for the 422-piece set, describing it as a ‘must-buy for every Batman fan’.

As well as a detailed recreation of the tank-like Tumbler as it appeared in Batman Begins, The Dark Knight and The Dark Knight Rises, 76239 Batmobile Tumbler: Scarecrow Showdown includes minifigures of the Caped Crusader (based on his suit from Batman Begins) and the Scarecrow, as played by Cillian Murphy.

There’s no alternate, unmasked head for Jonathan Crane, but Bats does get a second head, depicting the vision Scarecrow sees after being infected with his own toxic fear gas. It’s an interesting and surprising choice, given it’s one of the most disturbing moments in the entire Dark Knight trilogy (and this is an 8+ set).

Of course, this isn’t the only version of the Batmobile from Christopher Nolan’s Dark Knight trilogy arriving in 2021: the supersized 76240 Batmobile Tumbler, an update of 2014’s 76023 The Tumbler (review), will race on to LEGO.com and into LEGO Stores on November 1.

That set includes minifigures of Batman and the Joker, so you’ll need both Tumblers if you want a complete Nolan minifigure collection. If you’re in the US, you can pre-order both 76239 Batmobile Tumbler: Scarecrow Showdown and 76240 Batmobile Tumbler right now.