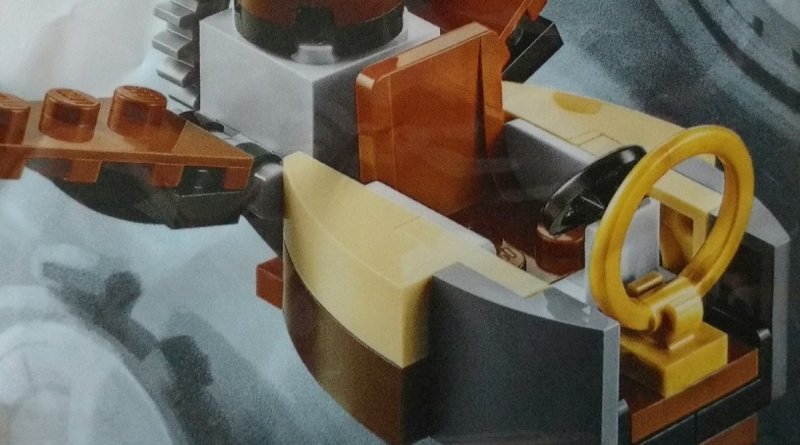 In honour of Back to the Future Day, we’ve picked out five of the best time machines to materialise in LEGO form.

Back to the Future Day is inspired by sci-fi comedy Back to the Future: Part II, which sees Marty McFly and Doc Brown travel to October 21, 2015. While the film’s vision of the future doesn’t quite mesh with reality (there’s not quite as many fax machines, for instance) the day has spawned a yearly celebration – and more recently, a new designer video on 10300 Back to the Future Time Machine.

While that set takes the crown in LEGO time machine design, this is a subject matter the LEGO Group has visited on several occasions. Fire up your flux capacitor and dust off your puffer vest for a trip into LEGO’s past:

The Time Cruisers theme is a perfect distillation of 90s styling, but it was also surprisingly innovative from a technical standpoint. Each vehicle in the theme used a simple mechanical feature; as it rolled forward, parts of it would spin. Six different vehicles appeared under the Time Cruisers umbrella, and each of them approached this concept from a slightly different direction.

1853 Hypno Cruiser may be the best of the bunch, appearing back in 1996; its mechanisms work reliably, and it features Timmy, Doctor Cyber, a monkey and a selection of LEGO hats. In more than one sense, this set is a time capsule of LEGO itself.

Doctor Who is certainly up there with Back to the Future in terms of pop culture time travel. Released in the LEGO Ideas theme in 2015, the set takes inspiration from Doctor Who Christmas special The Time of the Doctor. This allows two versions of the Doctor to appear, and the control room of the TARDIS to be rendered with impressive accuracy. The police box exterior can even be detached and displayed as a standalone model.

This set was released for the toys-to-life game LEGO Dimensions in 2015 as an expansion pack; while it was preceded by a minifigure-scale DeLorean, that model was a little delicate by today’s standards. This set recreates the DeLorean on a much smaller scale, but that also makes it much sturdier. It even features opening doors, and can be rebuilt into flying or electrified versions.

As an additional bonus, this set comes with a new hoverboard element. Produced specially for this set, it has yet to materialise outside it – making this product a treat for Back to the Future fans.

This curious contraption was included with an issue of the LEGO Explorer magazine in 2021. Unlike the other time machines on this list it’s more classically styled, taking cues from sci-fi stories like H.G. Wells’ The Time Machine. Brown and gold elements and exposed gears lend it a suitably retro vibe, and it can even hold a minifigure if you have any LEGO mad scientists lying around.

Appearing in The LEGO Movie 2: The Second Part, Rex Dangervest’s ship the Rexcelsior has many amazing abilities – including the power to travel in time. 70839 The Rexcelsior! was released in 2019 as a tie-in for the movie, offering a nanofig-scaled interior with plenty of detail.

The set comes with various rooms, a fleet of ships and a quintet of dinosaur crew members. It can also fire a volley of lasers thanks to a nifty built-in mechanism. However, it was only officially available for six months – meaning you may need to find a real time machine in order to acquire it.