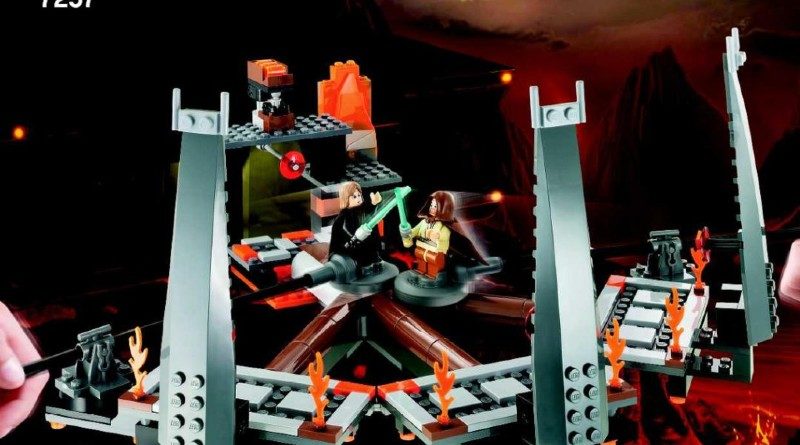 With a company as huge as the LEGO Group, there’s sure to be a few experiments along the way. From glowing bricks to flying minifigures, here are five LEGO experiments that never really worked out.

You’ve probably heard of famous LEGO failures such as Galidor, a theme that came from an era where the LEGO Group nearly fell to bankruptcy. But did you know some of these more obscure LEGO experiments?

Here are five ideas that the LEGO Group proved once and for all, to be failures, but still quite cool. Check out our choices from Star Wars, superheroes and more.

What if you could make your minifigures soar through the air, all with the push of a piece. That was the idea that fuelled the Super Jumpers project, a new element that came bundled with many LEGO superhero sets from Marvel and DC between 2015 and 2016.

As enticing as that idea may be, it turns out that these LEGO Super Jumpers were damaging minifigures with continued use. Some builders took to Reddit to warn others of the dangers, and eventually, the bricks were pulled from any future sets, forcing them to retire early and minimise the risk of breaking some LEGO legs.

No, that’s not a spelling mistake. Znap was a theme introduced in 1998 that failed to pass into the new millenium. From the first glance alone, it’s clear that these sets were intended to replicate the success of another popular toy line.

Znap used a variety of beams with some Technic connections to produce sets that could have been made more effectively with either standard Technic or System bricks. Sure, some of the beams may have found some later use in LEGO builds, but none stayed in any official products, signalling that the theme failed to Znap with too many people.

These days, app stores are flooded with hundreds-upon-thousands of free programs that provide entertainment, service, or just a way to pass the time, and a good few of them are published by the LEGO Group, but which of them was the first LEGO app?

LEGO Photo launched in 2010 as the first piece of mobile software from the company. It fulfilled just one purpose, transforming your photos into a LEGO Mosaic, think a more rudimentary version of the LEGO Mosaic Maker we have today. Unfortunately, the results left something to be desired, and it may have been that the technology simply wasn’t good enough to detect the finer details of photos. However, as we know now, this is one LEGO experiment that inspired a future product.

8456 Fibre Optic Multi Set is another attempt at technological innovation on this list, but one that cost the LEGO Group more than if all the sets had sold, and the company had no idea. LEGO Designer Mark Stafford explained some of the LEGO Group’s more troubling times in a Reddit comment back in 2014.

“The most shocking finding was about sets that included the LEGO micro-motor and fibre-optic kits – in both cases it cost LEGO more to source these parts then the whole set was being sold for – everyone of these sets was a massive loss leader and no one actually knew.” explained the LEGO designer. This means that every single copy of 8456 Fibre Optic Multi Set was a financial loss, no matter what, so not exactly a successful experiment.

Topping the list is a LEGO Star Wars project that ultimately, didn’t work out. The idea was to implement some electronics into a LEGO minifigure, and have them hold a lightsaber that could then light up, all while integrating into the standard LEGO bricks.

While fun on paper, in practice it turns out that there was one glaring issue with these specially-moulded minifigures. What happens when the battery runs out? Well as some fans discovered, you had to take apart the minifigure, and electronics inside, with some people reporting that doing so incorrectly would cause permanent damage. Perhaps it’s not surprising then, to learn that these minifigures didn’t last past 2006, a year they were introduced.