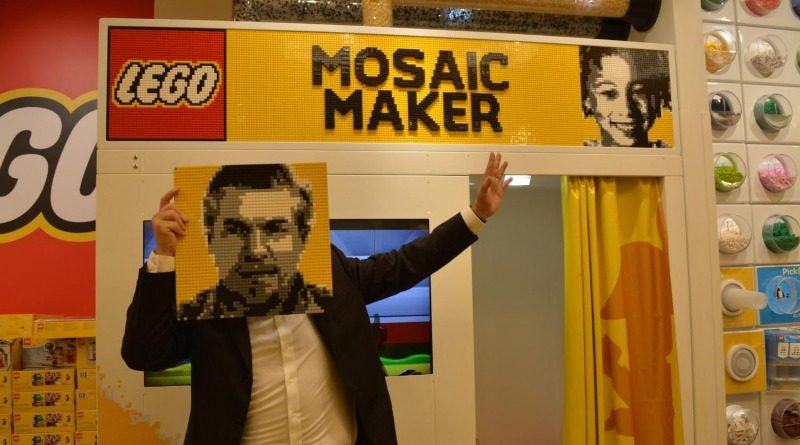 Just days after it first appeared on LEGO.com in the US, the virtual LEGO Mosaic Maker experience is now available for UK fans, too.

If you’ve ever wanted to build your own face in bricks, the LEGO Group has you covered with 40179 Personalised Mosaic Portrait. Historically, the chance to digitally transform your mug into pixels – or 1×1 plates – has been confined to physical LEGO Stores, including those in Leicester Square and Berlin. But it’s now open to anyone in the UK and the US through the official online store.

You won’t get to sit in a novelty photo booth and have your face scanned, but the end result is the same: a LEGO box containing personalised instructions for your image, a 48×48-stud baseplate, 4,500 1×1 plates and a brick separator. (LEGO.com reckons that adds up to 6,002 pieces, but don’t be fooled: even the box reads 4,502).

Of course, there is one huge advantage to the Mosaic Maker going virtual (beyond its wider accessibility): you don’t need to settle for your own face. Instead, you can upload pretty much any image you like, as long as it doesn’t include brand names or copyrighted material.

That almost puts it on the level of custom LEGO Art, as long as you’re happy with just five colours – black, white, light and dark grey, and yellow – and can cope with aligning square (rather than round) plates.

You can try out the Mosaic Maker for yourself at LEGO.com, where you’ll need to part with £99.99 / $129.99 to bring it home. If you’d still prefer to give it a go in person, though, you’ll need to wait for LEGO Stores to reopen – at least in the UK.

If you already own a copy of 40179 Personalised Mosaic Portrait and want to remix your features, meanwhile, you can also simply use the tool to generate a new image. Every set comes with 900 of each colour plate, so you’ll always have enough pieces to build any pixellated image it returns.