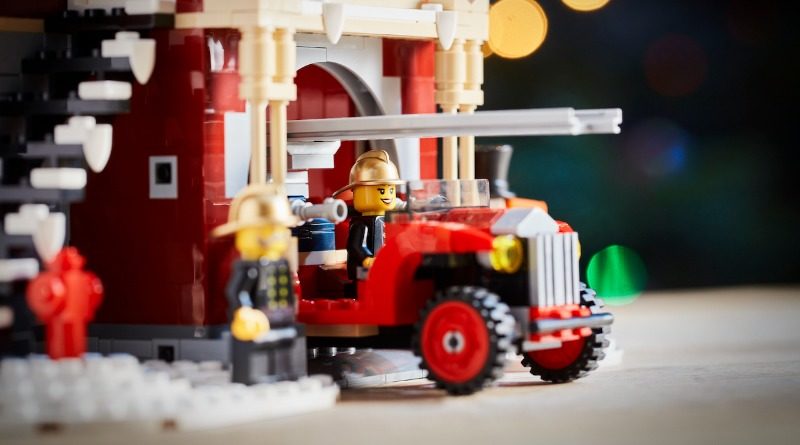 Interested in LEGO investing? Make a beeline for these sets, all of which are reportedly retiring in 2020.

LEGO sets have picked up a reputation in recent years for being a solid investment. At one point, they were touted as being “better than gold“. And that’s a claim that hasn’t really faded over time.

It probably should have a bit, though, because not all LEGO sets are a safe investment in 2020. A combination of increased production and more people hopping on the bandwagon means you now need to be a bit savvier about which sets you invest in.

Fortunately, Brick Fanatics is here to help. There’s really no better time to snap up a LEGO set for investment than when it’s about to retire. You might be able to find it at a discount, and you’ll probably be able to sell it on sooner. To that end, we’ve combed through the list of sets retiring in 2020 and picked out the best for investors.

Before we dive in, please note that none of these sets are guaranteed to accelerate in value on the aftermarket. We don’t have a crystal ball (unless you count a trans-clear LEGO dome). But these are our top choices based on a wide variety of factors, as we’ll touch on throughout this list.

If you’d rather buy your sets for building, click through for that list. Or if minifigures are more your thing, don’t worry: we’ve got you covered. And we’ll soon have a list of sets retiring in 2020 that are great for parts junkies, too. For now, though, read on for how to maximise your LEGO investment budget this year.

Any sets that contribute to an annually-released collection are usually a safe bet for investors. That’s because there’s always going to be someone new jumping on a theme. And when they do, they’re probably going to want to catch up on the sets they’ve missed. The Winter Village is no exception to that rule.

Fortunately, it doesn’t look like the Creator Expert Winter Village subtheme is going anywhere anytime soon. (The latest addition, 10275 Elf Club House, has just hit shelves.) So, you can invest in 10263 Winter Village Fire Station safe in the knowledge that it should one day be worth far more than its retail price of £84.99.

LEGO Ideas sets exist almost in a vacuum among the company’s wider portfolio. They’re often based on brand new licences; they’re likely to be the only LEGO set based on that licence; and they’re usually produced in more limited numbers. That makes them the perfect storm for a LEGO investor, and 21316 The Flintstones will hopefully be no different.

For comparison’s sake, you’ll currently need to pony up £91 to buy a sealed copy of 21304 Doctor Who from a UK BrickLink seller. Given it originally retailed for £49.99, that’s almost a 100% increase in value – so it’s not just the more expensive Ideas sets like 21318 Tree House that look likely to surge in value post-retirement.

21316 The Flintstones is also the kind of nostalgia-driven LEGO set that appeals to fans of the original cartoon, as well as fans of the brick. And opening up your investments to more than one market is surely no bad thing.

Remember the original 4999 Vestas Wind Turbine? The limited edition 2008 set was only available to employees of Vestas. That created a very narrow market, making it the perfect set for investors. The wider release of the turbine in 2018, now branded 10268 Vestas Wind Turbine, dented its value a bit. But you’ll still need to find more than £260 to net a mint, sealed copy from BrickLink – plus shipping from Europe, because there are none currently available in the UK.

Of course, 10268 Vestas Wind Turbine won’t be that rare once it retires, but it does have a few things going for it. First, it’s a direct-to-consumer exclusive, which always helps. Second, the very nature of its status as a re-released employee exclusive gives it a higher profile. And third, its high retail price – £159.99 for just 826 pieces – means regular buyers may not have jumped on it at launch. This one’s a little trickier to judge, but we reckon it has legs. (Or rotors, rather.)

The first two Chinese New Year sets, 80101 Chinese New Year’s Eve Dinner and 80102 Dragon Dance, are worth a pretty penny on BrickLink. Sure, that’s largely because their original availability was so limited (you could only buy them in the Asia-Pacific region). But they’re also just very good sets. And you can say the same for 80105 Chinese New Year Temple Fair, which launched earlier this year – and is already set to retire.

That limited launch window may mean that even while the sprawling set has been available worldwide, it could prove popular on the aftermarket with those who missed their brief chance to buy. Add in the fact that like 10263 Winter Village Fire Station, this set is part of a wider, annual (and seemingly ongoing) collection, and it’s prime for investment. (It wouldn’t hurt to pick up 80104 Lion Dance while you’re at it.)

If there’s any set we can (almost!) guarantee will increase in value post-retirement, it’s 10260 Downtown Diner. The modular buildings have been consistently good performers on the aftermarket, even while recent additions to the series have been more widely snapped up.

Of course, none of them will reach the heights of 10182 Café Corner or 10185 Green Grocer. Those heady days of wild profit margins are long gone. But the cheapest sealed copy of 2016’s 10251 Brick Bank currently available on BrickLink is an eye-watering £300. That’s more than double its original £129.99 retail price.

That increase may have something to do with Brick Bank’s comparatively premature retirement. Where some modular buildings hold on for four or more years, 10251 disappeared after just two. The same fate now looks to be befalling 10260 Downtown Diner, which launched in 2018. Time will tell for sure, but we reckon this Creator Expert set may wind up treading the same aftermarket path as the Brick Bank.

There were other sets we wanted to pop on this list, like 21317 Steamboat Willie and 21047 Las Vegas. Unfortunately, they’re already sold out, and not likely to come back. If you do want to invest in any of the above sets, then, we’d recommend acting quickly.

To continue to support the work of Brick Fanatics, please buy your retiring LEGO sets from LEGO.com and Amazon using our affiliate links. Disclosure: As an Amazon Associate we earn from qualifying purchases.