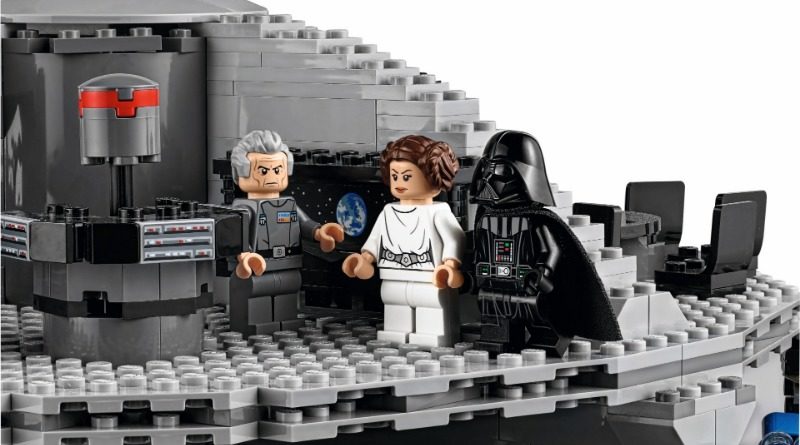 Dozens of LEGO sets are due to retire by the end of 2020, so we’ve picked out five you should buy if you love minifigures.

You can find the full list of LEGO sets retiring this year by clicking here. But if you want our help picking out what to buy, read on. These sets are all must-haves for fans who love collecting cool minifigures.

If you prefer buying sets for the building experience, we’ve got you covered. If you’d rather know which sets to buy for parts, or even as an investment, hang tight: those lists are coming soon.

For now, here’s our top retiring sets for minifigure fanatics.

The LEGO Overwatch theme might not be around for much longer, if recent rumours are to be believed. In fact, just two sets are left on LEGO.com, with the entire first wave done and dusted. And both remaining models will reportedly be gone by the year’s end, so now is the time to strike.

Of the pair, 75977 Junkrat & Roadhog is the one to aim for if you’re hungry for cool minifigures. Roadhog is an impressively detailed bigfig, equipped with both his chain hook and scrap gun. Junkrat is a more traditional minifigure, but more than matches Roadhog in the printing department. Neither of these characters will likely ever be repeated, so don’t miss your chance to grab them.

The new Harry Potter theme has proved wildly successful for the LEGO Group. Even still, you have to ask yourself how likely it is that we’ll return to every single scene in future. Sure, we’re bound to see more iterations of 75954 Hogwarts Great Hall, and probably another 75956 Quidditch Match. But this may be your last chance – at least for a long time – to buy the iconic graveyard scene from Harry Potter and the Goblet of Fire.

In minifigure terms, that mostly amounts to Harry’s Triwizard Tournament outfit, and the weirdly adorable baby Voldemort piece. The big bad himself will no doubt turn up again in next year’s (presumed) Deathly Hallows sets, as may Peter Pettigrew. But you can also never have too many Death Eaters, particularly with their brilliant new design. That’s just one more reason to order 75965 The Rise of Voldemort before it retires.

Last year’s May the Fourth LEGO Star Wars set was warmly welcomed by franchise fans, not least for its minifigure selection. As well as a revamped version of Princess Leia, complete with a new dress piece, it also brought us our first ever (and long overdue) LEGO rendition of Bail Organa. That technically makes this a Rogue One: A Star Wars Story set, but the categorisation isn’t important.

What is important is that 75244 Tantive IV is about to get boarded by the LEGO Group’s retirement party. And that means you should make a beeline for it before it vanishes for good, taking its three exclusive minifigures with it. (As well as Bail and Leia, the set also includes a new, unique version of Captain Antilles.)

The Avengers: Endgame tie-in wave wasn’t great for minifigure collectors. Pretty much all our heroes were given the same Quantum Realm outfit, which makes sense in the context of the movie, but is also just really dull. If you grab any set from that wave for its characters, though, make it 76131 Avengers Compound Battle. Not only does it have one of the few Iron Man minifigures to still use the classic flip-up helmet – which is rapidly going the way of the Dodo – it also includes the most detailed Thanos bigfig yet.

That’s largely thanks to the supervillain’s arm printing, but even his helmet and torso printing trumps that of the bigfig in 2018’s 76107 Thanos: Ultimate Battle. And with the Marvel Cinematic Universe moving on from both Iron Man and Thanos, this could be your last chance to grab these two for a while.

It might seem crazy to buy a £400 set for the minifigures, but you do get an awful lot in 75159 Death Star. Twenty-five of them, in fact (27 if you count the Interrogation and Mouse Droids, and you should), including the entire main cast from Star Wars: A New Hope. If you’re new to collecting LEGO Star Wars, it’s a convenient shortcut to grabbing all the main characters.

And if you’re a Star Wars veteran, it’s still worth picking up for its exclusive minifigures. The Imperial Navy Officer, Imperial Officer, Imperial Astromech Droid, Death Star Droid, Princess Leia and Grand Moff Tarkin are all available only in the updated version of 10188 Death Star, which arrived on shelves in 2016. It hasn’t lasted quite as long as its predecessor, so we’re keen to see what the LEGO Group replaces it with. Before it has chance, though, take the opportunity to bulk out your Star Wars minifigure collection with 75159 Death Star.

There were a handful of other sets we wanted to include on this list, including 76120 Batwing and the Riddler Heist and 75243 Slave I – 20th Anniversary Edition. Unfortunately, they’ve already sold out from LEGO.com. The lesson here is: act fast. You never know when a set will be gone for good.

To continue to support the work of Brick Fanatics, please buy your retiring LEGO sets from LEGO.com and Amazon using our affiliate links.