LEGO Ideas has been running for eight years, allowing fans to vote for projects to be turned into LEGO sets – here are five of the sets that could only have come from the crowd sourcing platform

Every year, the LEGO Group releases hundreds of amazing sets that excite and enthuse fans. Regular themes like City, Friends, Star Wars and Super Heroes provide a constant stream of new releases, focusing on minifigure scale buildings and vehicles. There comes a point for the seasoned LEGO collector, when while they still enjoy such releases, they yearn for something different, something unique. That is where LEGO Ideas comes in.

At its least interesting, LEGO Ideas is a place for companies to circumvent the usual licensing agreement process by hyping up fan projects based on their brand, or for non-LEGO fans to push for their favourite license to be turned into a LEGO set that they will never buy. At its best though, LEGO Ideas sees fans contribute impressive, original projects that would never see official release otherwise. These become the sets that long-term collectors marvel at, adding something truly unique and worthwhile to the collection. Here are five of the best…

This might be the most unexpected subject matter for a LEGO Ideas set yet. As the final release version of the set shows, you can’t put together a LEGO ship in a bottle using standard building techniques. Old pieces returned from the vault for this release and it has almost no play value whatsoever – there is pretty much no chance that the LEGO Group would have landed on the idea of releasing 21313 Ship in a Bottle without Jake Sadovich’s project storming to 10,000 votes on the LEGO Ideas platform. Thank goodness it did, because this is the finest display piece that has been released in a while. 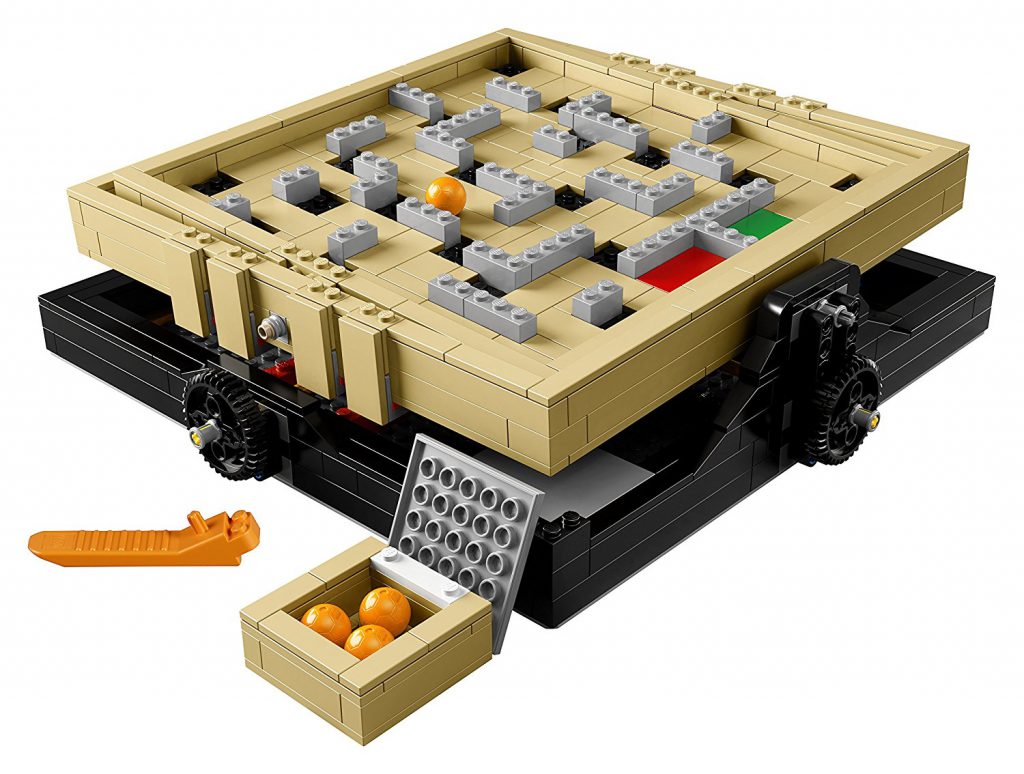 When new LEGO sets are released, they tend to be minifigure scale vehicles or buildings. Products that are based on any other scale are the exception, rather than rule. Jason Allemann is a big fan of the classic wooden maze toys that were a childhood tradition, although admittedly are probably long forgotten now that children are immersed in smartphone apps. Fortunately, Jason decided to continue the tradition in LEGO bricks. Using a simple but clever mechanism, 21305 Maze allows you to tilt and turn the maze to get the ball from one end of the labyrinth to the other, making it a fun model and great conversation piece.

Fans were spoiled for choice when the excellent 21310 Old Fishing Store closely followed the release of 21309 NASA Apollo Saturn V. Both offered impressive, Creator Expert quality builds based on unique subject matter. Real life space based sets do crop up from time to time in the LEGO line-up, whereas disheveled old coast side buildings tend not to. The set that emerged from Robert Bontenbal’s project had the satisfying building experience of a modular set, but based on subject matter that the LEGO Group would have been unlikely to choose. 21310 Old Fishing Store has wonderful charm and is an excellent display piece. 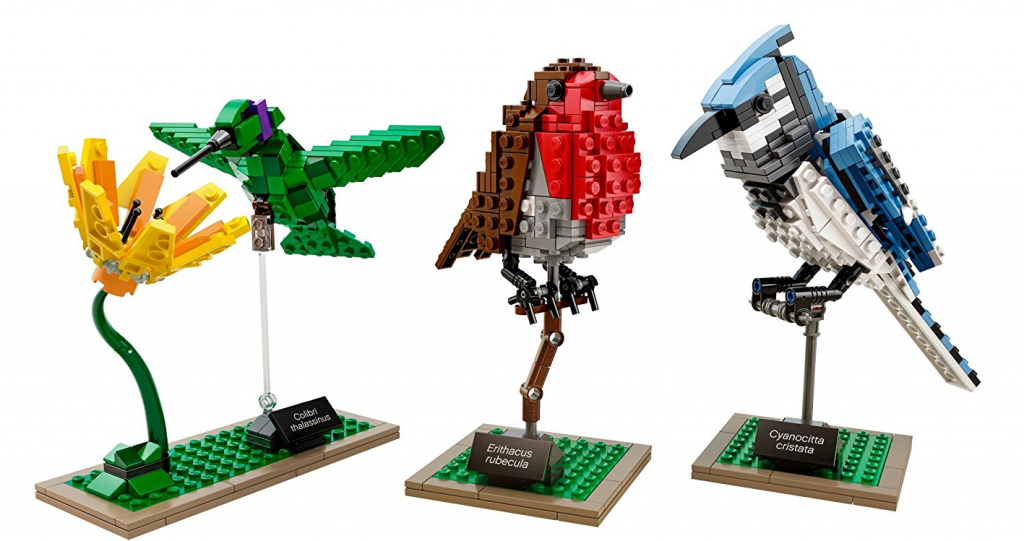 While LEGO Creator may provide brick built animals fairly regularly, they tend to be either small in scale, or a bit comical and exaggerated. There is nothing inherently wrong with that, but they do not make for particularly appealing display pieces for collectors, or demonstrate the very best of complex building techniques. Thomas Poulsom was building dozens of realistic, detailed birds using for fun, and decided to submit a few to LEGO Ideas. This is just the kind of set that makes someone who is not an AFOL take notice and get pulled into buying a LEGO set. For those who enjoyed 21301 Birds, Thomas has continued to share his designs in a book filled with bird builds. 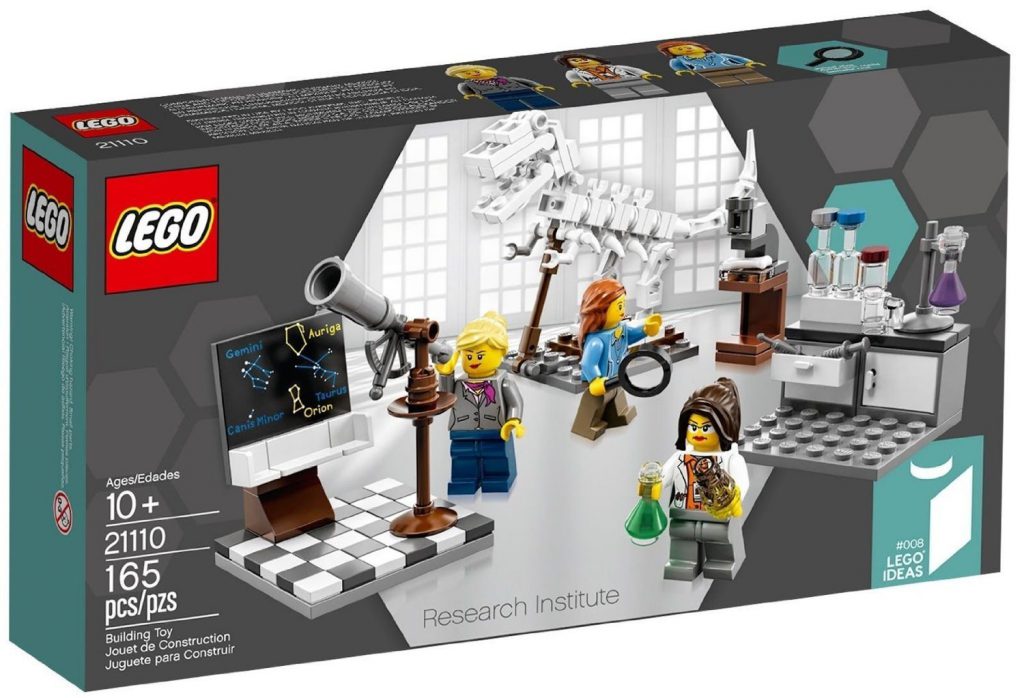 This particular set came at a fortunate time for the LEGO Group – LEGO Friends had recently launched, and although the theme was popular, it came in for criticism thanks to a lot of pink and some unfortunate gender stereotypes. After green lighting Dr Ellen Kooijman’s popular project, that became 21110 Research Institute, plenty of online headlines praised the LEGO Group for representing women in scientific roles. The fans have always been ahead of the LEGO Group on this though, as when City relaunched in 2005 it was AFOLs on message boards who were complaining that everyone was male (and wearing a red cap), pushing for more gender diversity in sets. It is a relief that today, that message seems to have been received and understood. 21110 Research Institute is a great example of how LEGO fans will push to get decent gender representation in their collection, and was certainly the precursor to 21312 Women of NASA.

The set used in this feature was provided by the LEGO Group.

LEGO Ideas 21313 Ship in a Bottle  is available now at shop.LEGO.com. You can help support Brick Fanatics’ work by using our affiliate links.