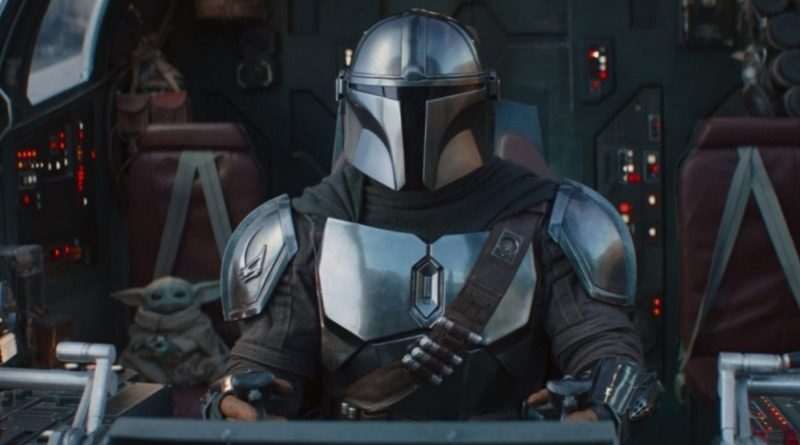 The new season of The Mandalorian is now streaming. With Din Djarrin and The Child’s adventures continuing, here are five LEGO sets of their travels we need to see.

When The Mandalorian first aired, it took the Star Wars world by storm, and not long after the LEGO Group released the first of their sets based on the series. Now with the second season airing, another set is due next year with 75299 Trouble on Tatooine.

However, there are many more locations and vehicles from the series that have yet to be realised in LEGO form. This list will contain spoilers for The Mandalorian Season 2, so if you haven’t already done so, do yourself a favour and watch it.

Without further ado, here are five sets from The Mandalorian Season 2 we need to see.

First appearing in Chapter 11: The Heiress after the Razor Crest took a plunge into the waters of Trask, this AT-AT takes the form of a huge crane. The LEGO Group loves a good AT-AT set but the combat-focused models can be seen as repetitive. The Mandalorian Season 2 fixes this by introducing a new form for the classic Imperial walker.

Fishing up the Razor Crest from beneath the waves of Trask, this giant walker crane easily lifts the ship from its watery grave. LEGO Star Wars has done the AT-AT vehicle before, but never in this form. It’s not hard to imagine the build using angular pieces and scaffolding elements for the crane.

The potential play features might be obvious, with a working winch on the crane, but it could also include a smaller scale Razor Crest to lift from the depths. The set could provide a chance to flesh out the LEGO Star Wars population with more Mon Calamari and alien frogs too.

First appearing in Chapter 14: The Tragedy, these dropships transport Stormtroopers to the planet of Tython, with the mission of retrieving The Child. The Imperial dropships bear a striking resemblance to the First Order Troop Transport, that has already seen a LEGO set in 75103 First Order Transporter.

A new type of dropship would be an appreciated inclusion to the LEGO Star Wars roster, and the sleek but sturdy design of this dropship could make a striking addition to any display. As for minifigures, it could be a good opportunity to get Moff Gideon, the antagonist of the series.

Based on its appearance in Chapter 14, play features could include exploding elements, similar to 75178 Jakku Quadjumper. Finish the minifigure line-up with a new Boba Fett or even a Dark Trooper and the LEGO Group could have another Mandalorian must-have model on their hands.

75299 Trouble on Tatooine has already given us a set loosely based on Chapter 9: The Marshal, but one character has yet to be represented. Cobb Vanth is of the more interesting elements of the episode, with Boba Fett’s old armour making an appearance on him. Maybe it’s time for Cobb Vanth to get a minifigure in his own set.

For the main bulk of the set, it could include a recreation of Cobb Vanth’s speeder. The Mandalorian’s speeder has already been chosen for 75299 Trouble on Tatooine but a solo model could finish the pair. The speeder appears to be made out of an old, but familiar podracer engine.

A LEGO Star Wars set with exclusive minifigure at a lower price point might be hard to imagine. But there’s no denying a set featuring the speeder, Cobb Vanth and perhaps a Tusken Raider would pair well with 75299. For now, we can only hope.

Speaking of sets that pair well with others, a model of the seeing stone from Tython would pair well with the fourth entry on this list. LEGO Star Wars is always in need of more location models, and this gorgeous temple might make an interesting playset.

The hilly planet of Tython would be a new location for LEGO Star Wars, and the design of the seeing stone would be an interesting challenge for the LEGO Designers to tackle. The unique build could include features such as flipping a ball to reveal the blue force energy being projected.

If nothing else, this potential set would be a great opportunity for minifigure lovers, with a chance at including four Dark Troopers, The Child, The Mandalorian and Fennec Shand. Either way, the Tython seeing stone could be one of the most unique LEGO Star Wars sets to date if it were real.

There was simply no other location to finish off this list. Whilst featuring prominently in Season 1, the settlement on Nevarro expanded and evolved in the second season. Chapters 12 and 14 both gave a new look at the changed town, with characters such as Greef Karga and Cara Dune now playing a pivotal role in its community.

To differentiate itself from 75290 Mos Eisley Cantina, the build could be made of dark grey bricks to replicate the volcanic materials from the planet. Additionally, a few market stalls with cloth pieces could be a way to flesh out the streets, while the interiors focus on Marshal Dune’s New Republic office, the school and perhaps the old sewer home of the Mandalorians.

This potential set would have to be on the larger side, and minifigures could reflect that. Older minifigures such as Cara Dune and Greef Karga could reappear, but a few new aliens to populate the streets, and perhaps the teacher droid from the school would transform the settlement, just like in the series.