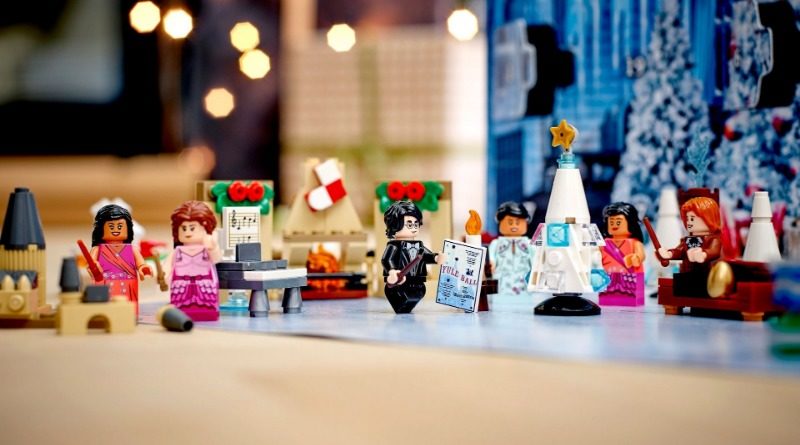 It’s high time the LEGO Group expanded its advent calendar horizons beyond Star Wars, Harry Potter, CITY and Friends, so we’ve come up with five themes that deserve a sprinkling of festive magic.

If you’re starting to get bored of LEGO advent calendars, nobody could blame you: the established trio of Star Wars, Friends and CITY have been going since at least 2012, with little change to their respective formulas.

Until 2019, that is, when a new challenger appeared on the scene in 75964 Harry Potter Advent Calendar. And it made perfect sense: so much of the Wizarding World revolves around the Christmas period that the LEGO Group can probably mine it for material for years to come. But it’s not the only theme that deserves to get into the holiday spirit, so here are five more we’d love to see get the advent calendar treatment.

Look, we’re not criticising the LEGO Super Mario theme as it currently exists: we love the Mario Maker-style gameplay, brick-built characters and interactivity it offers. But we still can’t help but wish we had traditional Nintendo minifigures and sets to go along with it – and an advent calendar could be the perfect avenue for bridging the gap between those two styles.

LEGO advent calendars typically offer a mix of minifigures and mini-models, so while the LEGO Group could give us Mario, Luigi, Peach, Yoshi and co. in a more traditional form (albeit with a Christmas sweater or something), it could also accompany them with brick-built characters that are compatible with the main Super Mario theme. We admit this one is a little out of left-field, but that’s exactly why we’ve tackled it first.

Only the most diehard Jurassic franchise fans buy the Jurassic World sets for the minifigures rather than the dinos, so we won’t pretend we’re yearning to see Owen Grady in a Santa costume. But we are desperate for an Xmas dinosaur, be it through special red-and-green printing or simply an adorable elf hat atop a velociraptor. Can you genuinely say you wouldn’t like to count down the days to a Christmas T. rex?

Putting moulded dinosaurs in an advent calendar would surely ramp up the price, but we’d be happy to see a few brick-built models and fewer minifigures than usual to balance things out. It might also help bring down the overall cost of producing those dino moulds if they’re put to use outside their one or two mainline sets, so we’re very much hoping that the LEGO Group, uh, finds a way.

Given how long the CITY and Friends calendars have been running, it’s honestly a little surprising that one of the LEGO Group’s strongest in-house themes hasn’t received the same treatment. If a NINJAGO advent calendar is ever going to happen, though, it surely needs to be in 2021 to mark its 10th anniversary.

Yes, the world of NINJAGO might not scream ‘Christmas’, but… does Star Wars? (We’ve all tried very hard to forget the original Holiday Special, remember.) Just slap a few Christmas jumpers on the minifigures, give them an Xmas tree mech and chalk it up as a job well done. You know we’d all buy it the second it dropped.

Bat-Santa. That’s it. That’s the entry. Okay, we probably need more justification than that (although good luck getting that image out of your head now), but not too much, because Batman has been inextricably linked to the holiday season for decades by now.

You can’t tell us Tim Burton’s Batman Returns isn’t a Christmas movie, for instance, and who could forget the classic Batman: The Animated Series episode Christmas with the Joker? From an entire Christmas Bat-family (Elf Robin and Mrs. Santa Catwoman spring to mind) to a mini Xmas Batmobile and all manner of holiday Bat-gadgets – plus the chance to give us some rare Rogues Gallery members, which we know the LEGO Group loves to do – this is just another advent calendar we can’t believe hasn’t happened yet.

Marvel may not share Batman’s Christmas credentials, but Iron Man 3 was technically set around the holiday period, and that’s good enough for us. If the LEGO designers ever grow tired of producing slightly different red and gold versions of Tony Stark’s suits (and who could blame them), a Christmas sweater version would definitely shake things up.

Like most of the themes on this list, our desire for a Marvel advent calendar doesn’t just involve wrapping classic characters in holiday outfits. The Marvel universe is ripe for recreating in daily mini-models, from the SHIELD Helicarrier to the Milano, and it would be a great chance to deliver one or two rare (or even brand new) characters. But we’d also love a Santa Spider-Suit, obvs.