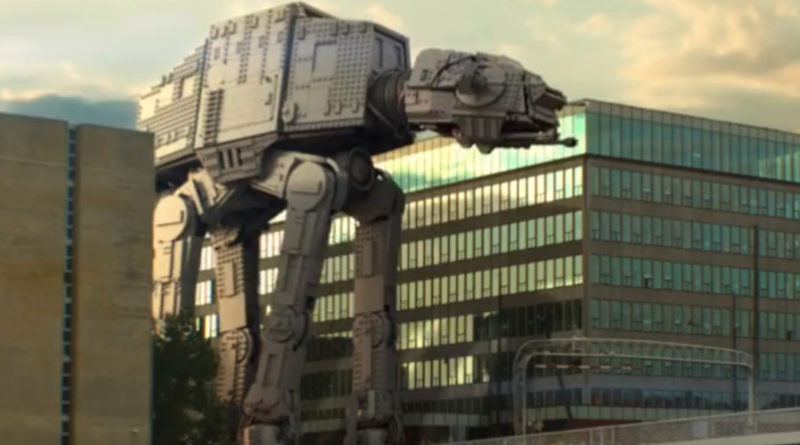 You don’t need a fleet of Snowspeeders to make the most out of LEGO Star Wars 75313 AT-AT in a wider display. Here’s five more planets it would be right at home on…

While this towering symbol of Imperial domination is most closely associated with the Battle of Hoth, a closer look at its full name – the All-Terrain Armoured Transport – makes it clear that AT-ATs are more flexible than you might think.

A spot of research reveals you can pair a LEGO AT-AT with a few other LEGO Star Wars sets and still stay (roughly) in canon. Here’s just five examples of how the upcoming Ultimate Collector Series set – which launches on Black Friday – could fit it into your LEGO collection beyond the snowy plains of Hoth.

The ancestral home of the Wookiees has seen its fair share of conflict, and AT-ATs have visited the planet in the past. The walkers made an appearance during the events of Star Wars Jedi: Fallen Order, when padawan-in-exile Cal Kestis stole one to aid Saw Gerrera.

Sadly, neither of these minifigures have appeared in LEGO form so far. However, we have enjoyed a number of Kashyyyk-inspired sets over the years. A recent example was 75084 Wookiee Gunship; although you might need to fudge the details, it’d make for an excellent David and Goliath battle between the two sets.

This beach planet was home to top-secret Imperial research – at least until Jyn Erso and her friends led a daring raid on it. A modified version of the AT-AT, known as the AT-ACT, was a big part of the ensuing battle.

While a LEGO AT-ACT has yet to appear at any scale, sets like 75171 Battle on Scarif offer excellent scenery for a Scarif conflict. 75155 Rebel U-Wing Fighter also allows to send for reinforcements. If you’re feeling particularly creative (and have enough orange bricks) you might want to try modifying 75313 AT-AT into its ACT counterpart.

This planet was the setting for several episodes of the Star Wars Rebels TV show, which followed the earliest days of the Rebel Alliance. A pair of AT-ATs were deployed to face the show’s main characters, until Kanan Jarrus cut through one of the AT-AT’s legs. A hammerhead corvette finished off the second.

Although it was unsuccessful, the Ghost did bring the heat to the AT-AT battle; if you snagged 75053 The Ghost at the time, it’d make a fine companion to any AT-AT. 75141 Kanan’s Speeder Bike would also help you paint a scene of Lothal. A modified AT-TE (in the image above) took on an AT-AT on Seelos in the same show, if you don’t fancy getting creative with the scenery.

AT-ATs weren’t really a part of the Battle of Endor; you can see one trundling along in one scene of Return of the Jedi, although AT-STs ultimately led the charge. AT-ATs can also be battled on Endor in Star Wars: Battlefront II. Still, if you wanted to get creative, there’s been plenty of Endor-related LEGO sets over the years.

7956 Ewok Attack included a pair of Ewoks and some foliage; if you want to imagine how Ewoks fare against a proper Imperial walker – rather than the chicken kind – now’s your chance with 75313 AT-AT. 10236 Ewok Village remains one of the most ambitious sets inspired by Return of the Jedi; if you’re able to get a copy (or already own one) it’d make an excellent companion to 75313 AT-AT.

The Battle of Jakku was one of the last battles of the Galactic Empire; by the time of The Force Awakens, Imperial tech is littered across the planet’s sand dunes. Rey famously makes her home in a downed AT-AT, at least before adventure calls her away for good.

75099 Rey’s Speeder allows you to give Rey a bit more freedom, while 75148 Encounter on Jakku offers additional scenery. If you’re keen to add some more action, 75101 First Order Special Forces TIE Fighter and 75105 Millennium Falcon are an ideal choice.

75313 AT-AT would fit right in alongside those in a wider Jakku display, or indeed among any of the planets listed here – so you don’t necessarily need Snowspeeders and an Echo Base to make the most of the enormous new walker. You can pick it up from Friday, November 26 at midnight local time, but expect supplies to be short.