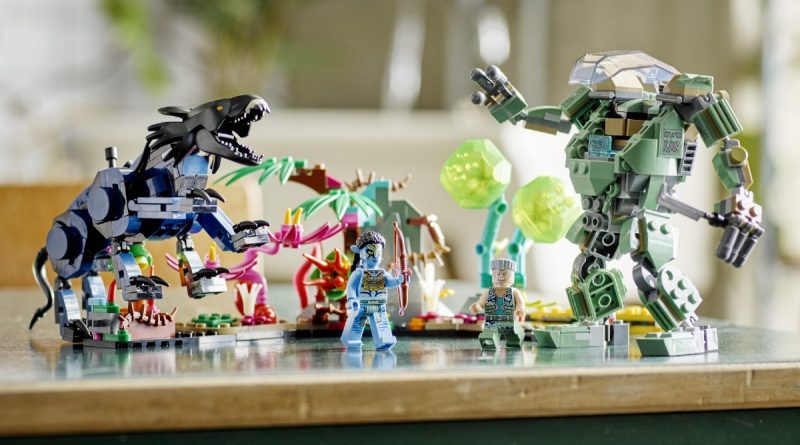 There are lots of new LEGO models out this month, including some huge creations, but there are a few you shouldn’t overlook in the excitement.

From a new LEGO Star Wars Ultimate Collector Series set for The Mandalorian to the launch of the brand-new LEGO Avatar, October is a model-filled month for the LEGO Group.

With everything releasing within the first few days of the month, here’s a reminder of five sets you shouldn’t overlook.

For BrickHeadz collectors, 40554 Jake Sully & his Avatar is the first to include a wheelchair and the lengthier proportions of the Na’vi, offering inspiration for future builds.

While it’s the smallest of the Black Panther: Wakanda Forever models, the sequel’s antagonist’s minifigure is most accessible in 76213 King Namor’s Throne Room.

Namor only features in two of the three Black Panther: Wakanda Forever models and with 76214 Black Panther: War on Water being £50 / $55 / €55 more than 76213 King Namor’s Throne Room, it’s the cheapest way to get the detailed minifigure ahead of the film’s release on November 11.

While the LEGO Avatar models are one the more expensive end of the October releases, the smallest set apart from the BrickHeadz offers a taste of the new theme with one of the franchise’s most iconic vehicles.

As the name suggests, 75571 Neytiri & Thanator vs. AMP Suit Quaritch includes a brick-built Thanator and an AMP suit as well as Neytiri and Quaritch minifigures, giving you the longer Na’vi elements at a more affordable price.

You can’t order this LEGO set outright as the LEGO Ideas model is a gift-with-purchase with orders of £120 / $120 / €120. However, for that threshold, it’s good value and one GWP you should aim not to miss.

Thankfully with the number of massive models out this month, it shouldn’t be difficult to get a big enough order together before it ends on October 13.

Support the work that Brick Fanatics does by purchasing your LEGO via one of our affiliate links – thank you!