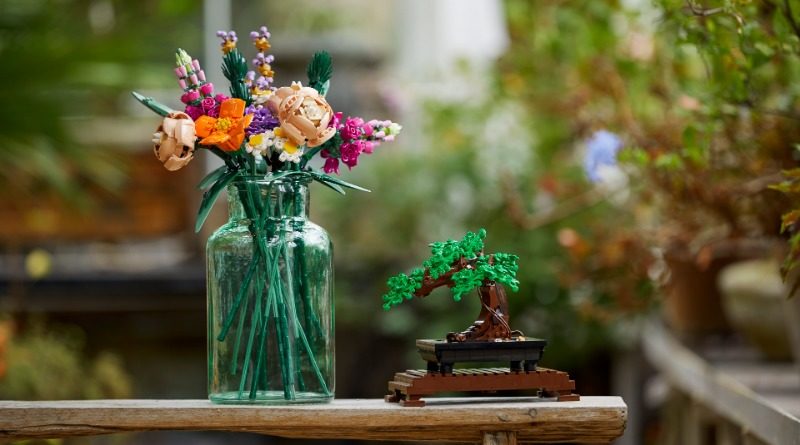 The LEGO Botanical Collection has proven itself to be one of the most unique themes yet, bringing builds to cater to builders of all types – so here are a few more sets we’d love to see.

Three models currently make up the LEGO Botanical Collection with 10280 Flower Bouquet, 10281 Bonsai Tree and the newly released 10289 Bird of Paradise. Whilst these brick-built arrangements don’t need water or sunlight, the theme still has plenty of room to grow with a natural world full of inspiration for the designers to follow.

With future sets in the LEGO Botanical Collection seeming likely, we’ve got a few bits of foliage and floral decorations we’d love to see the LEGO Group tackle next.

With the prices for the LEGO Botanical Collection slowly growing, it’s not hard to imagine that a larger greenhouse model could be on the cards. However, rather than attempting to make a model that’s life-size or even minifigure scale, aiming in-between could lead to a micro garden display, without any of the upkeep.

Whether or not the build is designed to be a facade, the inside could be populated by some brick-built tomatoes, cucumbers and other vegetables and greenery fit for any shelf display.

The LEGO Group has recreated this carnivorous plant before from a haunted mansion in Scooby-Doo to the wild jungles in LEGO City, but only ever in minifigure scale. The real-life equivalent is an elegant, but devious organism that works to lure and trap its prey.

The design of the Venus Fly Trap could be recreated fairly easily in bricks and even include a pot similar to 10289 Bird of Paradise. However, the feature of clamping down upon an unsuspecting fly could be transformed into bricks and be the first function throughout the Botanical Collection, maybe even complete with an unfortunate LEGO insect.

The Cacti of the desert plains are another species of plants that could make an excellent Botanical Collection set, with a simple but detailed nature to them. Whilst not necessarily the most complicated potential addition to the range, we’d be surprised if they never happened.

Since the real world equivalents vary in size, shape colour and more it might be hard for the LEGO Group to pick just one, so including a few as part of one set could allow builders to spread them about the home, or keep them together.

Whilst a terrarium may seem similar to a greenhouse in design, the key difference comes from capturing the likeness of an environment within them, using rocks, or whatever else might be common to your desired location.

Some even choose to include creatures within their terrariums such as frogs, lizards or insects. Each of these could make for a surprising inclusion to a Botanical Collection model, whilst still keeping things suitably natural. The design could even be inspired by Creator 31122 Fish Tank and its open frame.

This last entry actually stands a chance at becoming a real set soon as a LEGO succulent garden is currently in review as part of the latest Ideas review.

The build, such as the one pictured above would make for a vibrant model with a mix of calm colours and a pot with loose elements similar to 10281 Bonsai Tree. We can imagine such a set being placed at a lower price point to act as an introduction for the theme.