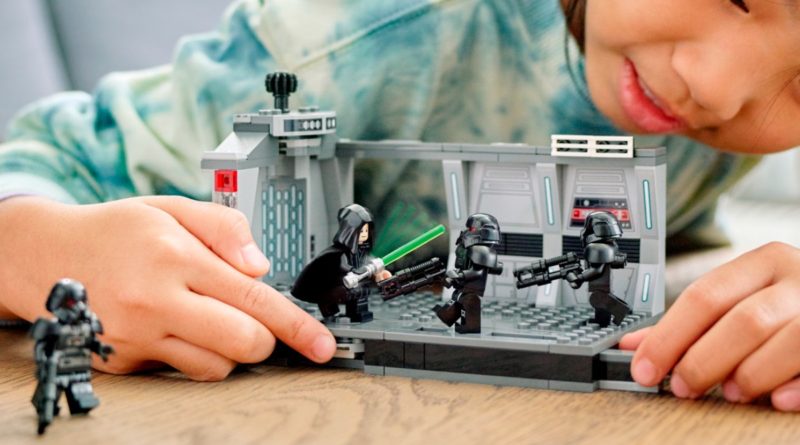 On September 1, 2022, a selection LEGO set prices in the UK will increase and an initial list has given us an idea of what you should prioritise.

Thanks to a variety of sets being increased in price early at a retailer, we know of at least 26 so in order of the biggest percentage increase, here are five LEGO sets you might want to buy in the UK before September 1, 2022.

For those in the US, the price rises have already taken effect, though they’ve not arrived everywhere just yet.

75324 Dark Trooper Attack is an inexpensive way to add three Dark Troopers to your collection in a scene that captures the thrilling moment where Luke Skywalker slashed his way through the droids to reach Grogu. According to the list, this will be increasing by 20% from £24.99 to £29.99.

LEGO CITY’s 60348 Lunar Roving Vehicle’s price of £24.99 will also rise by 20% soon, so consider ordering this space set before September 1, 2022, to get the realistic rover and three minifigures.

In what seems to be a pattern, 76946 Blue & Beta Velociraptor Capture will also increase from £24.99 to £29.99, making the exclusive Beta brick a bit more expensive as a result.