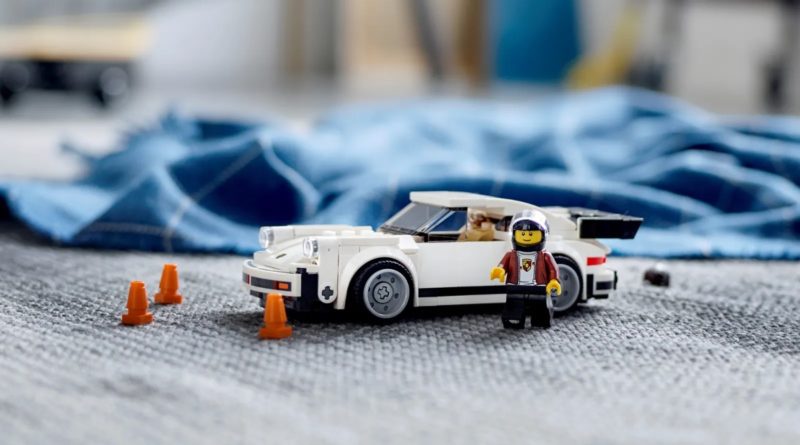 Recoloured versions of two LEGO Creator sets are seemingly on the way soon – but they won’t be the first time the LEGO Group has colour-swapped existing products.

Safety documents published at LEGO.com recently revealed the existence of a light blue take on 10271 Fiat 500, along with at least one recoloured version of 31058 Mighty Dinosaurs (with possibly a second, as-yet-unrevealed alternate coming too). Launching a colour-swapped take on a current product may seem mystifying (we’ve tried to unravel it here), but it’s not entirely unheard of.

In fact, as we’ll dive into below, the LEGO Group has already done it once before, all the way back in 2008. And on a broader scale, it’s no stranger to revisiting existing designs in new colour schemes for follow-up sets – including some that iterate ever so slightly on previous builds, and others that copy them brick-for-brick.

Originally released in lime green as part of 75888 Porsche 911 RSR and 911 Turbo 3.0 in 2018, the LEGO Group relaunched the 911 Turbo in a standalone Speed Champions set a year later – only this time, it was cast in a fittingly classic white. Beyond that colour swap, it’s nigh-on identical to its predecessor.

In 2008, the LEGO Group actually debuted two versions of one BIONICLE set simultaneously (as it may well do with this year’s Creator sets). The more widely-available variety of 8942 Jetrax T6 featured blue Technic elements around its familiar constraction components, while a limited-edition variant – exclusive to either Target or Toys R Us in the US, depending on your source – swapped them out for yellow pieces.

While the LEGO Group has revisited several Technic sets over its decades-long history, it’s typically updated their designs to match modern sensibilities. 2019’s 42088 Cherry Picker is one of the rare examples of simply re-releasing an existing set in a brand new colour scheme, although given 42031 Cherry Picker had arrived just four years prior, the pocket money-priced model arguably didn’t need updating.

This is where things start to get a little hazy. For its additional sub-assemblies and differing minifigures, 75149 Resistance X-wing Fighter is decidedly not a straight recolour of 75102 Poe’s X-wing Fighter, which landed on shelves only nine months earlier. But perhaps for that short window between the two sets, and their depiction of the same source material – a T-70 X-wing – the basic model remains almost exactly the same.

Back in 2012, the LEGO Group challenged Technic fans to design a ‘special top’ for 9398 4×4 Crawler. The result was 41999 4×4 Crawler Exclusive Edition, with a production run limited to just 20,000 copies (which means it now fetches a suitably eye-watering amount on the aftermarket). The design was appreciably different in some regards – particularly with the addition of a winch system – but for all intents and purposes, it’s the same set, only in a brand new colour.

Two of the LEGO Group’s current products technically offer two different colour schemes in a single box, able to be swapped out at will. Those are 10281 Bonsai Tree and 21318 Tree House, both of which include two sets of leaves to change between seasons. It’s not quite a full recolour, but it is another feather in the bow of changing colour schemes.