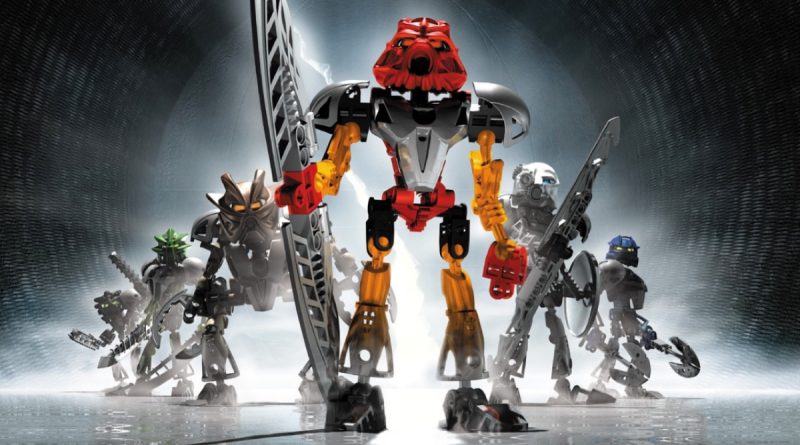 The LEGO Group is rumoured to be bringing back BIONICLE in 2023, so here are five approaches it could take to springboard a full revival of the constraction theme.

While 40580 Buildable Tahu is not yet confirmed, rumours claim it will be a promotional gift-with-purchase arriving early next year. The product name suggests it’ll be a brick-built version of one of the theme’s original six Toa, calling back to the very first wave of BIONICLE characters in 2001. But exactly what approach it could take is less clear at this stage – not that the LEGO Group is short of options.

And whatever format that figure takes (if it exists at all), it could also be the starting point for a second full revival of BIONICLE. The theme briefly returned in the mid-2010s for a second generation of sets, but ultimately petered out. There’s clearly strong demand from the fan community for more, though – BIONICLE’s standings in the 90th-anniversary fan poll is evidence enough of that – so here are five ways the LEGO Group could capitalise on it in 2023…

The LEGO Group has tried a couple of different ways of blending regular LEGO elements with a BIONICLE-style constraction approach, but with this year’s LEGO Marvel buildable figures – Venom, Miles Morales, Spider-Man and Iron Man – has leaned further into the traditional system for its brick-built characters. Those could easily serve as a template for the return of BIONICLE in the modern-day portfolio, but it wouldn’t really be anything like the original theme.

An experiment the LEGO Group tried once before in the mid-‘00s, BIONICLE sets scaled to minifigures – with tiny versions of the Toa, Bohrok, Rahkshi and so on – could also offer an opportunity to resurrect the theme without investing in hundreds of new moulds. For how well the original minifigure-scale BIONICLE sets were received, though, this is an option we can’t see the LEGO Group running towards with much haste.

If 40580 Buildable Tahu truly is on the cards for next year, it may only be the latest in a string of retro gifts-with-purchase. Following this summer’s 40567 Forest Hideout, the LEGO Group is also rumoured to be launching a Blacktron-themed GWP in 2023. It could easily just continue down this same route with additional BIONICLE sets, but it would mean effectively locking the fan-favourite theme behind multiple paywalls. (We’ve at least got regular Space and Castle revivals available to buy on their own.)

Remember when everyone was hoping for a Gringotts-shaped follow-up to 75978 Diagon Alley, and instead the LEGO Group delivered 76391 Hogwarts Icons Collectors’ Edition? The blow was softened by the fact that set is actually very good – and that it’s now just one of four very different LEGO Harry Potter direct-to-consumer sets – but we can’t see a BIONICLE Icons set going down as swimmingly. Still, a giant brick-built mask could be pretty cool.

Fire up the mould-making machine and start churning out those masks: if the LEGO Group is going to bring back BIONICLE, it might as well do it properly. We’ll need dozens or maybe hundreds of new elements, none of which are likely to have much or any versatility beyond the constraction theme, and the company will probably race headlong back into bankruptcy in the process – but as we see it, it’s the only way to properly do justice to BIONICLE.