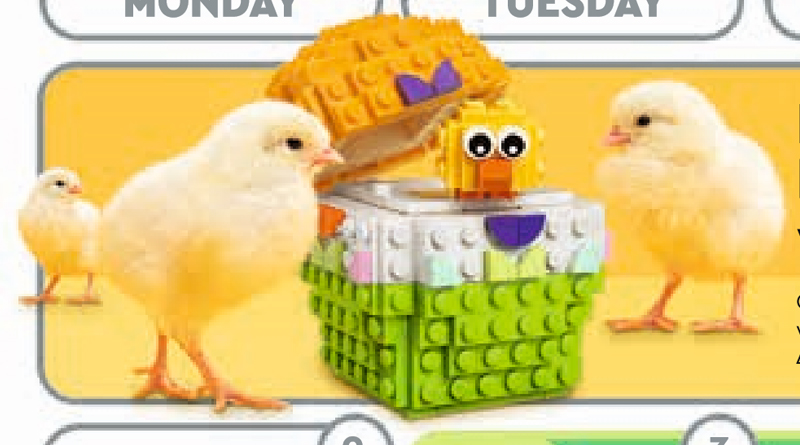 LEGO 40371 Customisable Easter Egg will be free as part of a seasonal deal at the LEGO Store.

To celebrate Easter, which lands on April 12 this year, the LEGO Store will off a gift with purchase promotion from March 23 until April 13. Anyone spending $50 or more at LEGO.com or in official brand stores will get 40371 Customisable Easter Egg for free. The Brick Fan has highlighted the deal, that has been revealed on the new store calendar.

40371 Customisable Easter Egg looks to have been inspired by the LEGO DOTS theme, with a blocky studs-not-on-top egg built and 1×1 tiles to be added to it. A tiny stylised buildable chick is included, too.

An additional deal will run at the same time, with 30550 Easter Bunny free with purchases totalling $30 or more. That means anyone spending $50 will get both Easter-themed freebies.