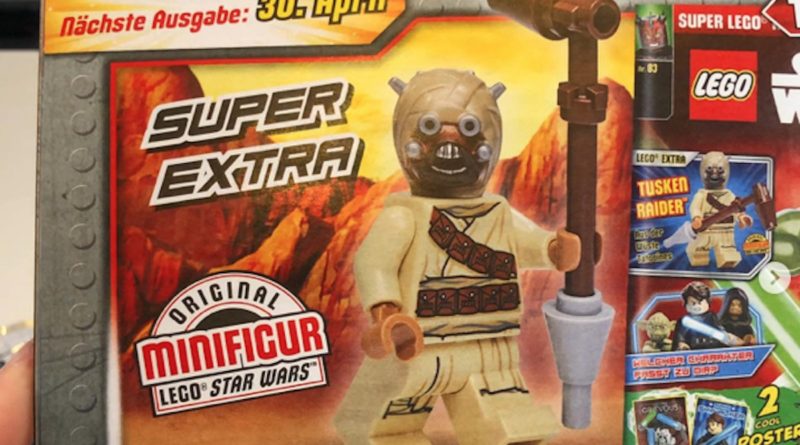 The May issue of the official LEGO Star Wars magazine will include another great minifigure free gift in the shape of a Tusken Raider.

Official LEGO magazines are one way of adding mini builds and minifigures to your collection, with the latter often being characters usually only available in much higher-priced sets. Whilst smaller vehicles and models are still worth picking up, it’s often the minifigures that prove to be a real draw for fans.

That’s certainly true of the May issue of the official LEGO Star Wars magazine, with its free cover-mounted gift having been revealed by Instagram user, Promobricks. Images of the next month page in the latest German issue show that a Tusken Raider minifigure with gaderffii stick accessory will be included. The minifigure would definitely come in handy for those looking to bulk out their Sand People clans or add a few more secondary characters to 75326 Boba Fett’s Throne Room.