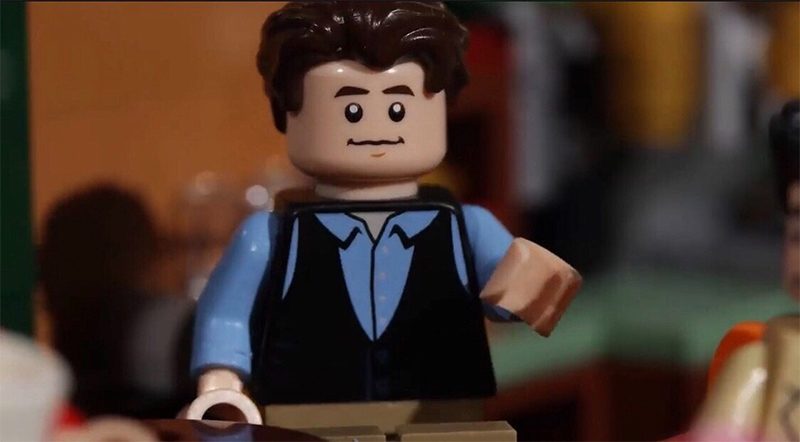 Matthew Perry, the actor behind Chandler Bing in Friends, has endorsed his LEGO minifigure that appears in LEGO Ideas Friends 21319 Central Perk.

Yesterday, the LEGO Group announced LEGO Ideas Friends 21319 Central Perk, a set based on a fan design that celebrates the classic 1990s sitcom that launched 25 years ago. Matthew Perry played Chandler Bing for the show’s 10 year run, and has taken to Twitter with his reaction to his minifigure:

Of the Friends @LEGO_Group I think you can clearly see that Chandler is the most attractive pic.twitter.com/YzqvZbTKi0

The LEGO Group revealed the official model for Friends 21319 Central Perk, a set that has been inspired by a fan design that was supported by 10,000 people online before being approved by the LEGO Ideas review panel.

“The challenge was to visualize passages of the series to allow me to recreate the furniture and the characters in as much detail as possible. The assembly of this model took me about a week after finding the necessary references,” said fan designer Aymeric Fievet, who submitted the project to the LEGO Ideas platform.