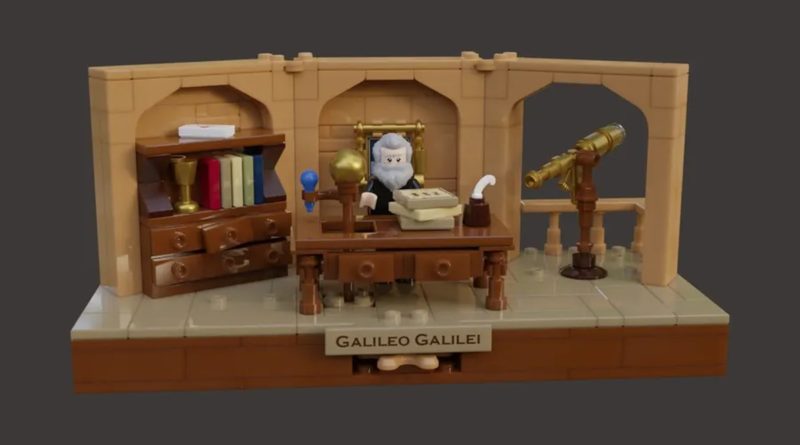 The number of voters participating is way up for LEGO Ideas, but fewer people seem to be engaging with the GWP competitions.

Recently we learned that the Galileo tribute had been victorious in the competition to decide a future fan-designed GWP set. One interesting point to note was that it won with only 1432 votes. Is there a lack of digital engagement from the LEGO community? Not judging by the number of Ideas sets qualifying for official review. At present there are no fewer than 21 sets that have achieved 10,000 supporters with six more already past the 9k mark.

Other ‘big’ votes seem to attract healthy voter participation too – when fans were asked to choose a future Star Wars UCS set back in 2020, 53,000 people cast their votes. Pretty decisively too, as the set that would become 75309 Republic Gunship took 58% of the poll, scoring around 30,000 votes in the process.

And when the LEGO Group asked fans which theme they’d like to see brought back as part of the 90th anniversary celebrations, Bionicle fans came out in force, pushing the biomechanical beings to the top of the list with nearly 25,000 of the 77,000 votes cast.

And yet in the recent GWP vote that saw 40533 Cosmic Cardboard Adventures put into production, it triumphed with just 2869 votes. Could it be that there’s less interest in these smaller sets? Certainly not once they’re in production, as we saw when the Cosmic Cardboard set sold out in the USA before the promotional period came to an end. It may simply be down to visibility – after all, any LEGO fan with an interest in the Ideas programme knows where to find the page and can easily engage with the voting process. Maybe the GWP comps just need a bit more of a push.

You can support the work that Brick Fanatics does by purchasing your LEGO sets via our affiiliate links. Thank you.