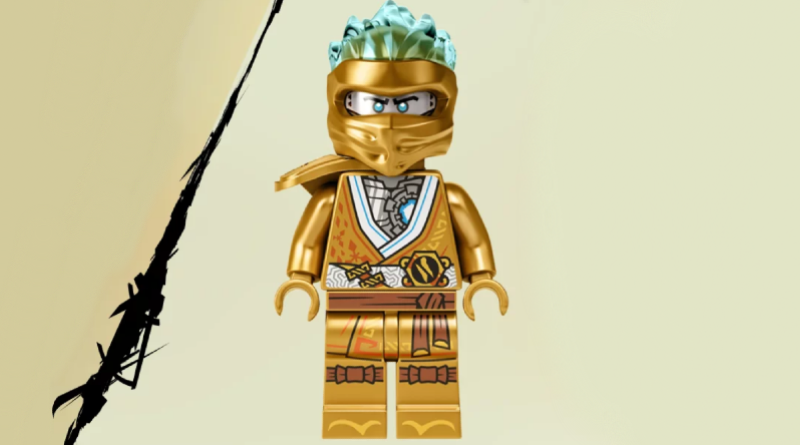 LEGO NINJAGO’s anniversary celebrations aren’t quite over yet with a new 360-degree experience on the official online store revealing the clearest look yet at the last two golden Legacy minifigures.

A circular tour of the theme has now appeared on LEGO.com, filled with information regarding this year’s sets, the TV show, other NINJAGO experiences and a guide to the main characters.

The current range of 2021 NINJAGO Legacy models includes five gold-coloured minifigures recounting the seasons gone by with characters wearing outfits inspired by the ninja team’s adventures. However, there are two key members missing from this initial wave, which we now know to be coming in more sets this June.

Thankfully, we got a look at these last two minifigures in a LEGO book, but they now feature in much clearer detail on this new section of the site.

Zane will have a look loosely inspired by the Secrets of the Forbidden Spinjitzu wave with translucent energy radiating from the top of the mask. Nya meanwhile uses a new hair piece that combines the black hair with a light blue headband in a suit fitting with the style of the rest of the golden minifigures.

Unfortunately, the experience gives no indications as to what these last NINJAGO Legacy sets could be but does confirm a release date of June. We’ll keep you updated if learn any more.