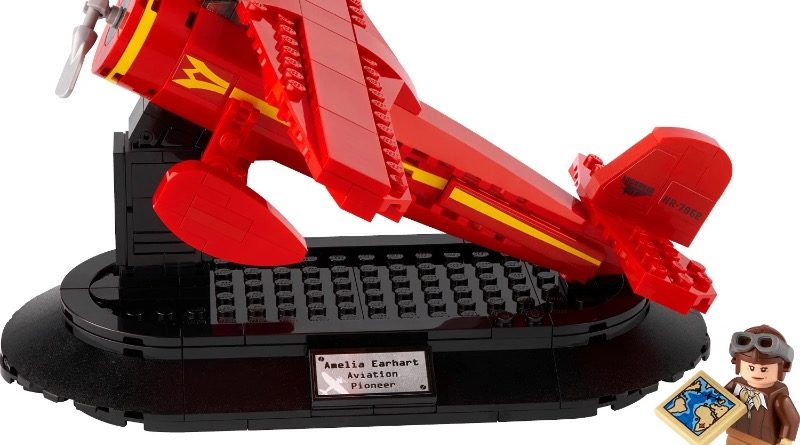 A new Q&A for the recently released 40450 Amelia Earhart Tribute has been found on the official online LEGO store, revealing some of the design decisions behind the model.

The interview can be found on the product page for 40450 Amelia Earhart and features LEGO designer Mel Caddick revealing her inspiration and knowledge of the aviation pioneer.

Mel, who also worked on the 40410 Charles Dickens Tribute and 40448 Vintage Car models, confirmed that the set is specifically inspired by Amelia Earhart’s flight across the Atlantic – the first woman to do so. A perfect tribute considering how close it is to International Women’s Day.

She also noted that working with the LEGO Group is a childhood dream of hers and that she hopes this set will inspire both children and adults to achieve more.

One of the most interesting facts from the Q&A is the reveal the model is based on actual blueprints of the Lockheed 5B Vega plane and even touched on the exclusive minifigure, stating “We really wanted Amelia Earhart to be represented as a Minifigure, so we created an exclusive new design especially for her by including it in this model.”

You can find the full review on the product page by following our affiliate link and 40450 Amelia Earhart Tribute is now available with orders over £100 / $100 / €100 and to help you make it to the purchase threshold, several new spring sets have just released, including LEGO VIDIYO, an all-new musical theme.