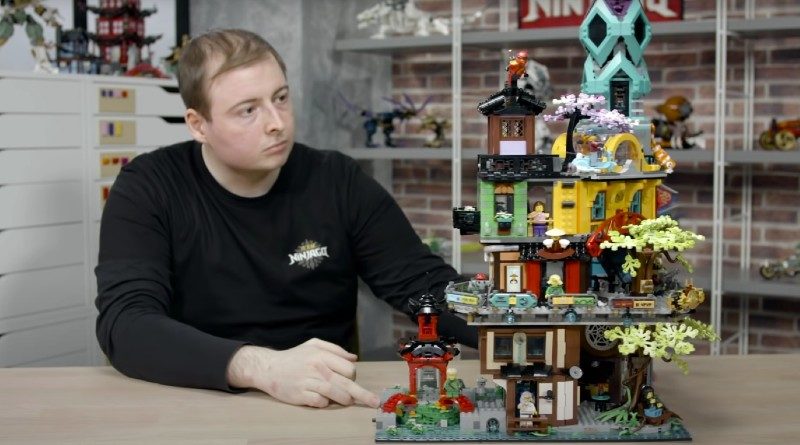 The designer video for the new LEGO 71741 NINJAGO City Gardens has now released, giving fans a designer-lead tour of the set.

LEGO designer videos are always a treat for fans, giving a chance to see their favourite sets from the perspective of those who made them. Now, 71741 NINJAGO City Gardens is seeing the same treatment.

Markus Rollbühler and Michael Knap are the LEGO designers leading fans through the three-storey model. Some of the narrative elements in the set explained such as Kai’s meditation being interrupted by a fleeing crook and Ronin moving his shop, previously found in the seaside city of Stiix into NINJAGO City.

Markus also explains that the reason the museum is so particularly full of references to the theme is that it is hosting a special anniversary exhibition for the last 10 years. Additionally, it’s revealed that the original concept designed by Markus resembles much of the final product, though it is now more refined.

The video also contains some scenes where concepts from the TV show are compared to the equivalent locations in the set such as Zane’s memorial statue on the shrine island to the scene at the end of Season 3.

71741 NINJAGO City Gardens covers a whole host of characters and locations never before seen in LEGO sets, and that’s thanks to the help of Michael Knap, resident encyclopedia of NINJAGO knowledge at the LEGO Group.

71741 NINJAGO City Gardens is available now to LEGO VIP members on the official online LEGO store and fans can get a bonus 40416 Ice Skating Rink with orders of over £150, while stocks last or until January 31.