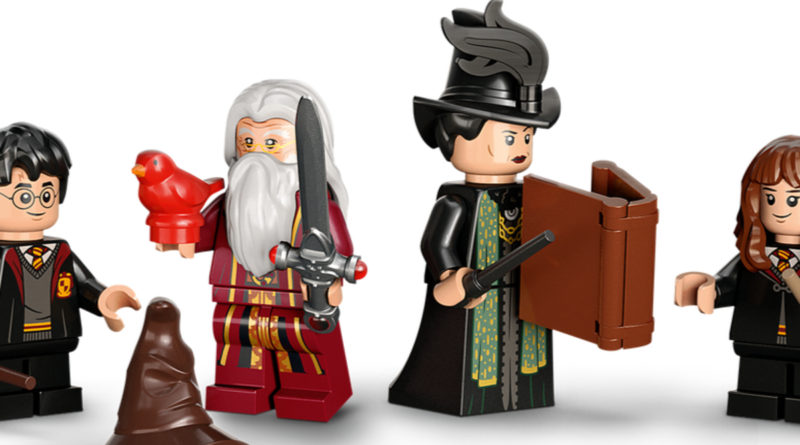 A new LEGO rumour suggests that the staff of Hogwarts could be getting a pack of four BrickHeadz later this year, joining other Harry Potter sets.

1414falconfan is reporting via brick_clicker that a new BrickHeadz Harry Potter set is planned for later this year, said to be named 40560 Professors of Hogwarts.

According to the rumour, this could include four caricatures, presumably depicting a selection of the faculty of the school of witchcraft and wizardry. Brick_clicker notes that it is likely to launch on June 1, though that might be best taken with a pinch of salt.

The rumour mentions that the four-pack is to cost $39.99. Previous LEGO Wizarding World BrickHeadz have included the relatively recent release of 40495 Harry Hermione Ron & Hagrid and 40496 Voldemort Nagini & Bellatrix.

However, it might be that this rumoured set is the biggest of the LEGO Harry Potter sets since 40495 Harry Hermione Ron & Hagrid included 1 normal-sized BrickHeadz and a trio of smaller models. Judging by the professors in the LEGO Harry Potter movies, there might only be one in such a set.

The rumoured price would also put it just behind 40548 Spice Girls Tribute, which costs $49.99 with five caricatures. This rumoured has not been officially confirmed by the LEGO Group and should be taken with caution.