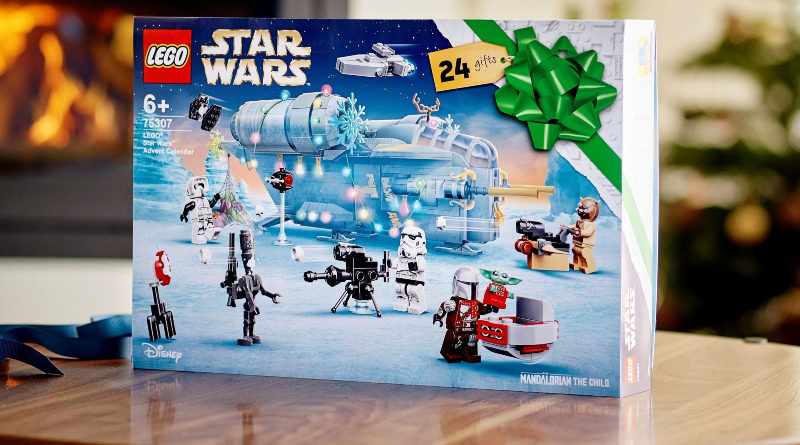 Builders waiting for a better look at the 2021 LEGO Star Wars Advent Calendar will be pleased to hear that high-quality images have now been found, revealing every miniature model that is included.

Be warned that this article will cover the contents of the LEGO 75307 Star Wars Advent Calendar, so click away now if you still wish them to remain a secret. For everyone else, the minifigures and builds for the seasonal set have been revealed thanks to a listing on Brickset.

Whilst past iterations of the LEGO Star Wars Advent Calendar has spanned multiple sagas of a galaxy far, far away. It seems that the LEGO Designers have decided on a particular focus this year with the streaming series The Mandalorian taking centre stage and some builds inspired by both seasons.

We know what most of you will be here for, so without further ado here’s every miniature model that can be found in the LEGO Star Wars 2021 Advent Calendar. Builders who have watched the show will recognise more than a few ships and characters, but exclusive versions of both Din Djarin and Grogu can be found behind the doors. The Child is even sporting a tiny red jumper to keep him warm.

A few weapon racks and other various creations populate the rest of the calendar, including the first minifigure-scale version of the sci-fi pram used in the series. There are some references to upcoming sets too including a small 75312 Boba Fett’s Starship and 75315 Imperial Light Cruiser.

It may seem a little early to reveal such a season-specific set but the LEGO Group has proven this month that the company enjoys a good dose of Christmas in July.