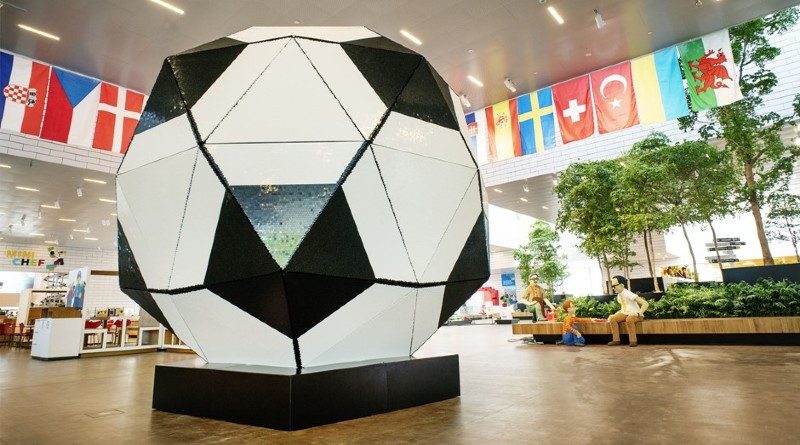 The LEGO House recently installed a new exhibit showcasing the world’s biggest LEGO football in celebration of the European Football Championship, but just how was the massive model made?

The LEGO House team have thankfully answered that question in a new timelapse video highlighting the construction of the huge build as well as showing how it was installed within the tourist destination.

Due to the closed nature of the LEGO House, each section had to be brought in separately, rather than having the ball finished at another location, then transported inside. However, the individual bricks were applied before being brought into the house, so the build was finished in at least two phases.

You can see how a small crane was used to keep the parts stable and guide them into position, as well as how metal sheets were laid onto the ground, to prevent any damage to the floor.

Clearly at least one of the LEGO House employees isn’t claustrophobic, climbing inside the frame until the very last second to secure the pieces from within. Once the top half of the model is in place, the crane is removed and the steel frame secured in place, ready to manually fit the bottom half.

The new exhibit will be on display until July 11 at the LEGO House, and if you can visit in person why not pick up 40502 The Moulding Machine too? Check out our review for more information on this exclusive set.

For those unable to visit the location in person, a more in-depth video has been made to showcase and explain the model to digital visitors. Also, online tours have been announced for the tourist spot, with the next date for them being June 22.