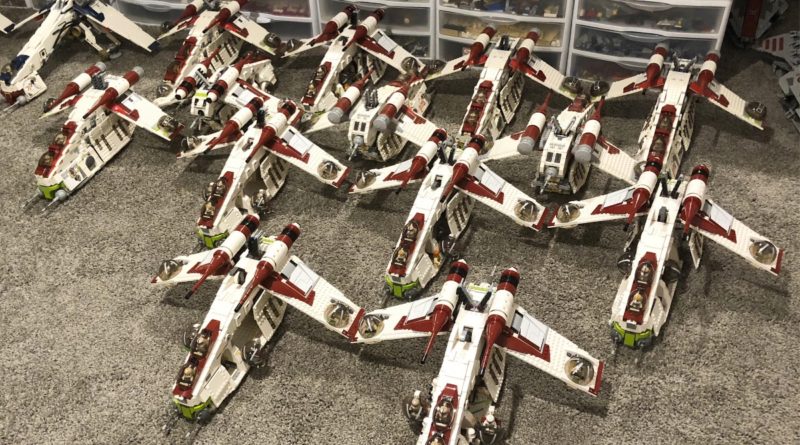 Redditor wozzy9 posed the question to the r/legostarwars subreddit earlier this week, and received pretty much that response. Their pic above counts 13 different Republic Gunships in total, between 2008’s 7676 Republic Attack Gunship and 2013’s 75021 Republic Gunship. That’s a lot of Republic Gunships.

It isn’t quite all the Republic Gunships the LEGO Group has released over the past 20 years, though: the original 7163 Republic Gunship from 2002 and this year’s 75309 Republic Gunship, the first Ultimate Collector Series version of the Attack of the Clones vehicle, would round out this collection nicely.

Not that it needs any more Republic Gunships, of course. (It really doesn’t.) But we’ve got a lot of love for 75309 Republic Gunship, which – even if just by dint of its supersized scale – is definitely the most impressive LEGO version of the ship to date. (Read our review to find out why!)

All that said, if the collector behind this complement of Gunships was angling to create a to-scale Venator-class Star Destroyer – you know, if they possessed all the money in the world – they’d need 27 more to accurately fill it, according to the last bastion of Star Wars knowledge that is Wookieepedia. And that would definitely be too many Gunships.