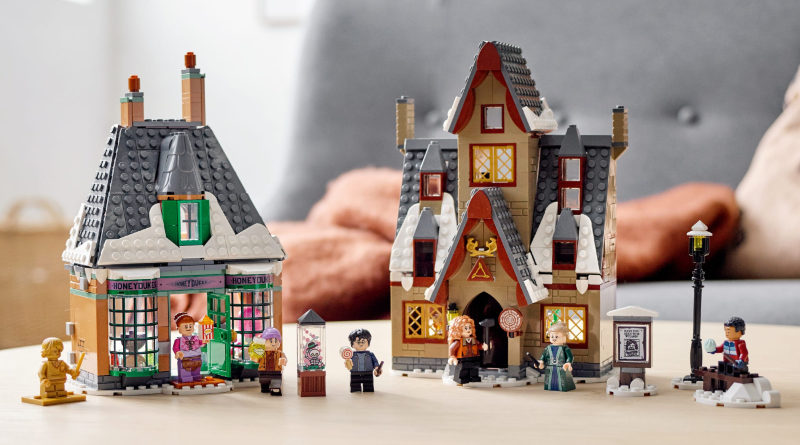 Those who felt that the new LEGO Harry Potter Hogsmeade model wasn’t quite enough for the magic-filled village and The Three Broomsticks may finally have a solution thanks to one builder.

As discussed in our review, 76388 Hogsmeade Village Visit has a difficult task to achieve by attempting to represent the entire location in just two buildings across 851 pieces. Meanwhile, 75978 Diagon Alley captured every detail of the magical street in a much larger set.

Builders who love the Wizarding World might finally have the solution they’ve been looking for as YouTuber Swift Bricks has drawn on their knowledge of the location represented in the Universal Studios theme parks to accurately capture the likeness of the iconic Three Broomsticks pub using two of the set.

Admittedly, some pieces from Swift Bricks’ own collection were used, but we imagine that most of them can be swapped out for other bricks that you may own, or even left out entirely.

The most immediately noticeable change is the extended height of the pub and its central tower. This is reflected in the interior with some additional rooms for fledgling wizards to stay the night. The signage has also been adapted, switching out the single sticker for a full display featuring the titular three broomsticks, some antlers and a lantern.

Whilst two copies of Harry Potter 76388 Hogsmeade Village Visit may seem like an expensive solution to expand the LEGO village, perhaps the upcoming double VIP points event is a chance to bolster your supply of bricks and credit at the same time. In fact, you’ll be adding a total of 1,120 points to your account by buying an extra copy, or 2,240 for getting two.