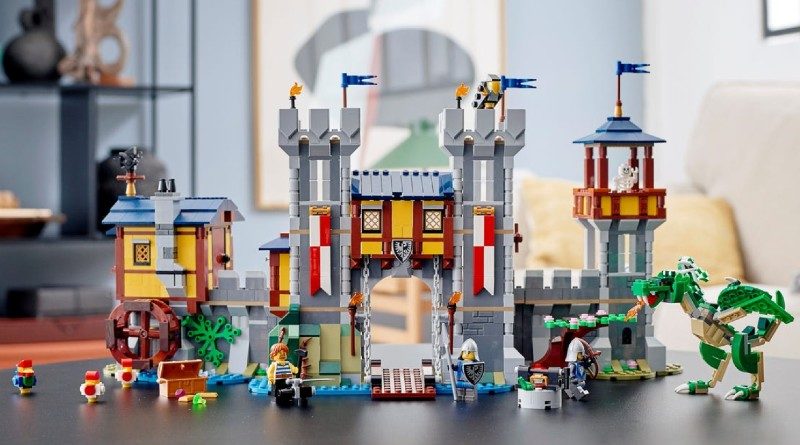 The new LEGO Creator 31120 Medieval Castle makes a fine addition to any brick-built kingdom, but one builder has some suggestions for improvements.

The new LEGO Castle is now available, and already some builders are getting hands-on with the model and reliving the glory days of knights and dragons. However, Captain Braunsfeld has made some refurbishments to the historic fortress including improvements to the historical accuracy and the more natural elements.

You can check out the Flickr album for yourself here, but we’ve embedded the images you’ll need to see the proposed changes in the gallery below:

The new version produced by the builder is more defensive against incoming attacks with higher walls and more spacious arrow loops. However, some visual changes have also been made such as applying more tiled plates to add a smoother finish to the model.

All the pieces used in the modifications use pieces from outside the sets, but most should be easy to find if you own more than a few sets and some, such as the leaves, can be interchanged with other LEGO foliage elements.

LEGO Creator 31120 Medieval Castle is available now with 1,426 pieces and three minifigures. The two alternate builds include a tall tower and spacious outpost, but why would ever need to change it from the new LEGO castle?