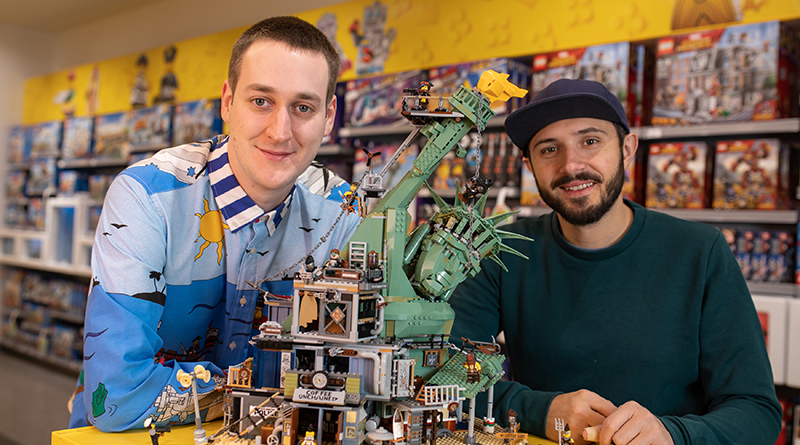 One of the most visually arresting locations in The LEGO Movie 2: The Second Part has become the largest set in the theme – the designers behind 70840 Welcome to Apocalypseburg! explain how they developed it

There are many excellent LEGO sets in the The LEGO Movie 2: The Second Part theme, but one towers above all others – 70840 Welcome to Apocalypseburg!. Offering a recreation of the Mad Max style society that the LEGO minifigures live in during the film’s opening, the set offers both an impressive display piece that is packed with play potential.

To find out how this sizable new set came to be, Senior Model Designer Justin Ramsden and Graphic Designer Paul Constantin sat down with Brick Fanatics.

How was this set was initially conceived?

Justin: It was a collaboration between the movie makers and us, the LEGO Group. We knew we wanted this post-apocalyptic wasteland that follows on five years after the DUPLO invasion, so it started off with concepts that we designed. Jonas Norlén and Nic Vas started working on these container scenarios and then Joel Baker started making a sketch of the Statue of Liberty. He worked with me on 71043 Hogwarts Castle, so it was great to have that ability to take his sketch – and it was an amazing sketch – then flesh it out and make it a product.

We worked really closely with the filmmakers and constantly saw the film, read the script, saw the concept art and just got this post-apocalyptic vibe and aimed to make it into this set.

Was it daunting to have to capture this unique shape?

Justin: Definitely. It is full of difficult angles and interesting things, it also has to be stable and be able to be built by adults and kids alike. So it has been a great adventure and a great challenge to sort of recreate this monolith of Apocalypseburg.

What was the challenge of condensing the different areas into this one model?

Justin: The beauty of it is that we were given all of the computer files from the film, working really closely with the filmmakers, so we were allowed to see the whole world. There was stuff that we wanted to put in as well – there was a truck that my brother used to have, a Model Team truck, I managed to hide that in as a hot tub. Paul and I both worked on the Batmobile from The LEGO Batman Movie so it was great to be able to shove that in, and tell these stories. Because Apocalypseburg is so big and so vast, it has been really nice to capture this in our product and tell the stories that maybe you don’t see on film. 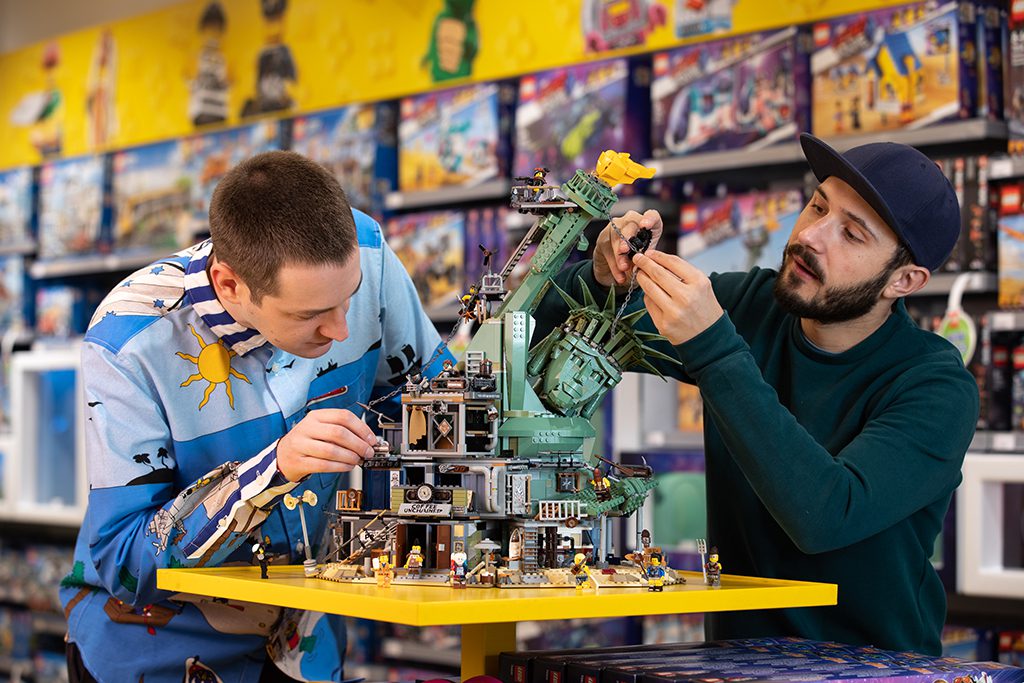 How did you develop the minifigures forhog 70840 Welcome to Apocalypseburg!?

Paul: As Justin was saying, we had a close collaboration with Warner Bros. and we would receive concepts where they would suggest, ‘maybe we should do this background character, maybe we should do this for Batman.’ We would usually entertain their concept, try to do a LEGO-fied version. For most of them we would suggest something, ‘maybe this might be better’, sometimes they were right, sometimes we said, ‘oh this is a good idea, we will go with Batman and this crazy shoulder pads.’ We would meet halfway most of the time. It was a very close collaboration.

The characters needed to belong in this universe. Everything is grittier, everything is more metal, more damaged, but still didn’t seem to look weak. They need to take on DUPLO, they need to stand against the invasion. Initially there was a plan to make them a little bit scared, but it was like no, they need to be cooler, welding helmets, shoulder pads – and it was fun.

Justin: It’s really nice that we could include some of these new elements and just make everyone DUPLO invasion, or battle ready as it were.

How did you choose the minifigures for this set?

Paul: If you look at the characters, they are all relevant to this set, I was asked about Harley Quinn for example, she it is part of this. In the beginning we developed the characters for the full universe, the main characters, side characters, background characters and then maybe things might change in the script, maybe this character doesn’t make any more sense here. We planned initially, and then it is an ongoing thing.

For more behind-the-scenes The LEGO Movie 2 insights, order Brick Fanatics Magazine Issue 2, in which LEGO Design Managers Mauricio Bedolla and Ross Christopher Haynes share through never-before-seen concept art, and Model Designer Nicolaas Vas provides a tour of 70831 Emmet’s Dream House/Rescue Rocket. The magazine is available for purchase in single copies (plus a postage and packaging charge) or as part of a 12-issue or 24-issue subscription, at a discounted rate, with free postage and packaging. 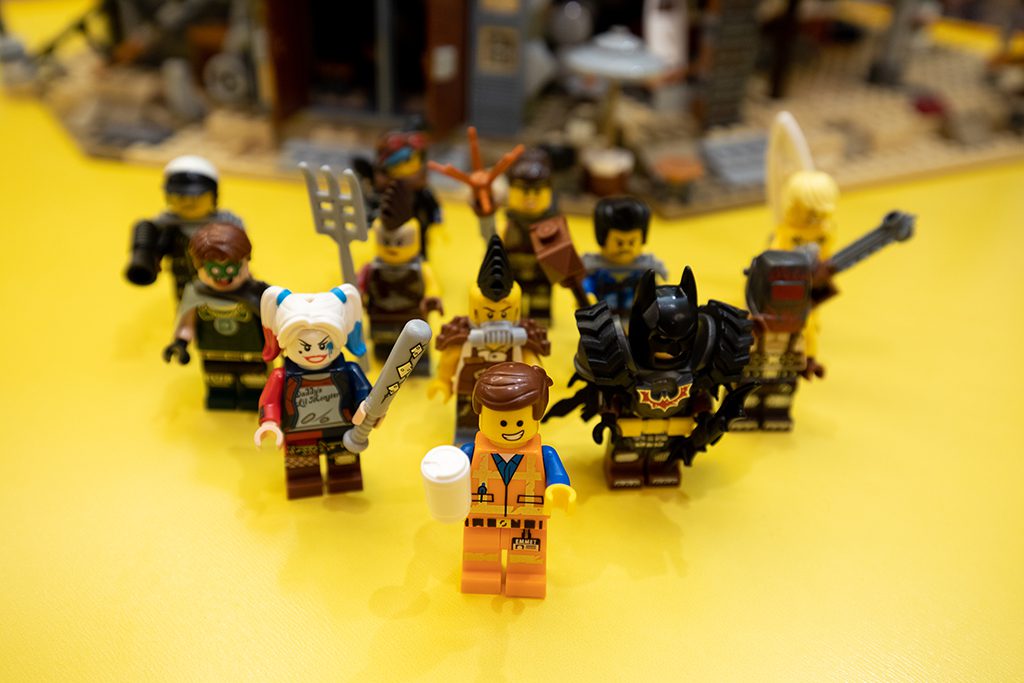