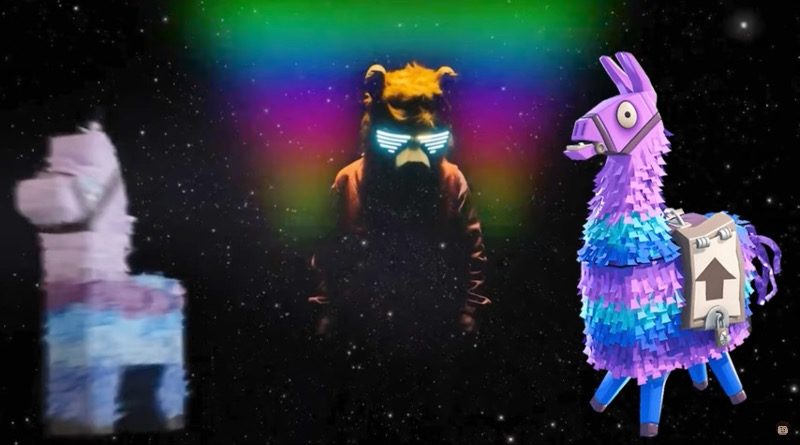 The launch of LEGO VIDIYO may hint at a future crossover between the LEGO Group and video game Fortnite.

YouTuber Ashnflash picked up on a distinctive piñata in a video to promote L.L.A.M.A, the fictional artist created as part of VIDIYO’s marketing campaign, which may be teasing some kind of collaboration with Fortnite.

At roughly five seconds into the clip, a blue and purple llama piñata floats on to the screen, seemingly aping the logo for the free-to-play battle royale game. The colour scheme alone might be too much of a coincidence, but it’s also worth considering the bulging white eyes and brown harness, which feel like very specific features of the very well-known Fortnite llama.

In a follow-up video, Ashnflash also points out the language used on L.L.A.M.A’s official website appears to make another deliberate reference to the award-winning game. The splash page introduces the character as ‘an absolute fiend for the dance floor’, before continuing: “L.L.A.M.A also loves to skate and paint, and is equally at home schooling you from the couch in a battle royale, or in the kitchen with an oven mitt on.”

Of course, it could just be that the LEGO Group is leaning heavily into another popular llama to promote its own VIDIYO theme, and nothing will come of this – especially not physical LEGO sets. But as Ashnflash suggests, it could potentially lead to at least a crossover in the digital realm, with L.L.A.M.A. appearing as a character skin in Fortnite. Stranger things have happened…