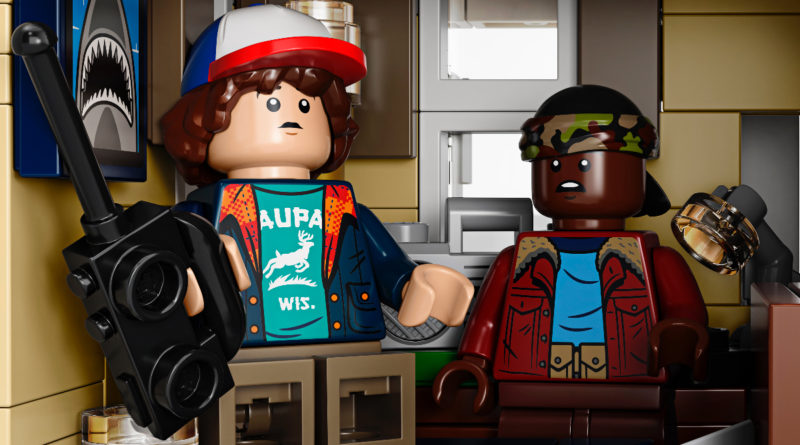 The arrival of Stranger Things’ fourth season may have bumped off its LEGO theme like so many unfortunate Hawkins residents.

Over the last few years, the LEGO Group has been more explicitly courting its older fans with its products. These have ranged from the tasteful dioramas of the Architecture range to sets inspired by the hottest video games. Even now, though, 75810 The Upside Down stands apart – both for its technical daring and relatively mature subject matter.

Drawing inspiration from the hit Netflix TV show Stranger Things, 75810 The Upside Down recreates the residence of Will Byers – a young boy who vanishes one rainy evening. Eventually we learn Will is trapped in a sinister alternate realm christened the Upside Down, with the LEGO set recreating both locales in a single, impeccably engineered LEGO set.

Although a few more minor LEGO sets have appeared (alongside three subsequent TV seasons) the LEGO Stranger Things theme has proven rather underdeveloped. The retirement of the thematically similar Hidden Side theme seemed like a natural opportunity for Stranger Things to fill the void, but nothing has been forthcoming.

Now that we’ve had a chance to sink our teeth into the show’s fourth season, it seems more likely that nothing ever will be. While Stranger Things has always had a strong horror element, the fourth season dials that up with a number of gruesome deaths and traumatic scenarios. It seems unlikely that the LEGO Group will want to make any kind of LEGO set associated with such gory subject matter.

Another reason for a continued absence of LEGO Stranger Things sets may be a lack of a strong locale to model. Many of us suspected that Creel House – a pivotal location in the show’s fourth season – would inspire a new LEGO set. However, it remains relatively unexplored in the show thanks to the diversity of plot lines in the episodes so far.

This stands in contrast with 75810 The Upside Down, which benefited from the show’s greater focus on its subject matter. Many key scenes in Stranger Things’ first season revolved around the Byers home and its inhabitants, giving a LEGO set much more material to work with.

A range of earlier activity by the LEGO Group (including Twitter posts and a new Stranger Things keyring) suggests the company still has an iron in this particular fire. However, given the quirks of the show’s latest season, it’s harder to imagine why that is the case.

Since the season’s final two episodes are yet to launch, it’s possible the LEGO Group could surprise us – and give us the LEGO Steve Harrington we all deserve. But for now, we may need to keep our expectations in check. If we do get a major new LEGO Stranger Things set, it represents an unforeseen turn for a company focussed on as wide an audience as possible.