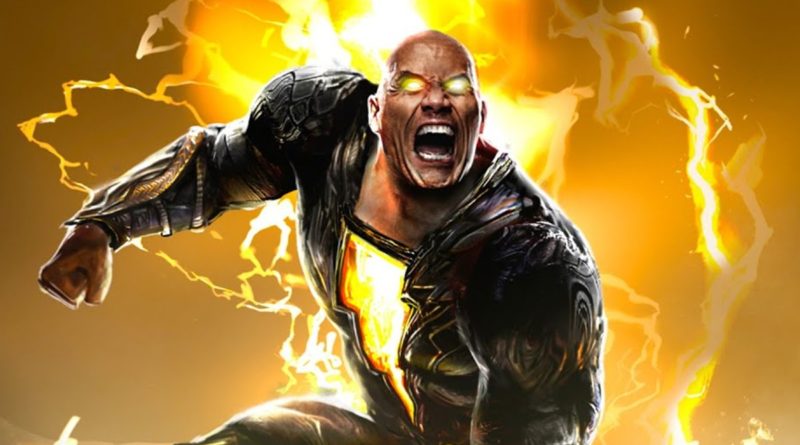 Black Adam is the latest addition to the DC Extended Universe film franchise. It tells the story of a powerful demigod played by Dwayne Johnson, who reawakens in the Middle East after a millennia-long absence. Black Adam sets off on a murder-filled quest for justice, with a variety of soldiers and superheroes dispatched to stop him.

The film has garnered mixed reviews, with a current score of 44% on Rotten Tomatoes. Several reviews of the film mention the film’s excessive violence, with rogerebert.com’s Matt Zoller Seitz arguing it tests the limits of its PG13 rating:

“…the sprays of blood and images of people being impaled, shot, and crushed, pushes the movie’s PG-13 rating to the breaking point like “Indiana Jones and the Temple of Doom” and “Gremlins” did with the PG rating nearly 40 years earlier. There were several walkouts at the “Black Adam” screening this writer attended, and in every case it was somebody who brought a child under 10.”

These kinds of scenes may be why Black Adam has yet to appear in an official LEGO set. The LEGO Group tends to focus on child-friendly IPs for its product licensing, and either restricts more mature subject matter to higher price points or removes its more objectionable elements. 76911 007 Aston Martin DB5, for instance, equips James Bond with a wrench rather than a pistol.

On some occasions, though, the LEGO Group will sidestep some subject matter altogether if it can’t reconcile its mature elements. There have been no LEGO Moon Knight products to date, for instance – with the show’s violence a possible reason for that.

Another thing to consider is the fact that the LEGO DC theme is far less diverse than it used to be. Today’s LEGO DC sets tend to focus on Batman and his supporting cast, which makes a relative obscurity like Black Adam seem more of a gamble at the moment.

Indeed, that could be the deciding element here – particularly when we consider the most recent Batman movie has a 15 rating in the UK. That hasn’t stopped the LEGO Group from producing several LEGO sets inspired by its events, which are in turn aimed squarely at the younger LEGO fan.

This mix of factors may mean that if Black Adam does appear in LEGO form, he will be restricted to larger and more expensive LEGO sets. Recent big-budget releases like 76178 Daily Bugle have taken a deep dive into Marvel superhero history, and even featured more mature characters such as Daredevil and the Punisher. If the LEGO DC theme ever gets back on its feet, a set of this kind (with Black Adam in tow) seems plausible.

For now, though, we may have to console ourselves with the LEGO Batman theme – which is due to contract even further by the year’s end. Check out our list of retiring LEGO sets in 2022 to see what’s due to be discontinued.

If you’re interested in seeing Black Adam in action, today marks the film’s official release in the UK. Look out for it at your nearest cinema – but be prepared to leave the kids at home for this one.