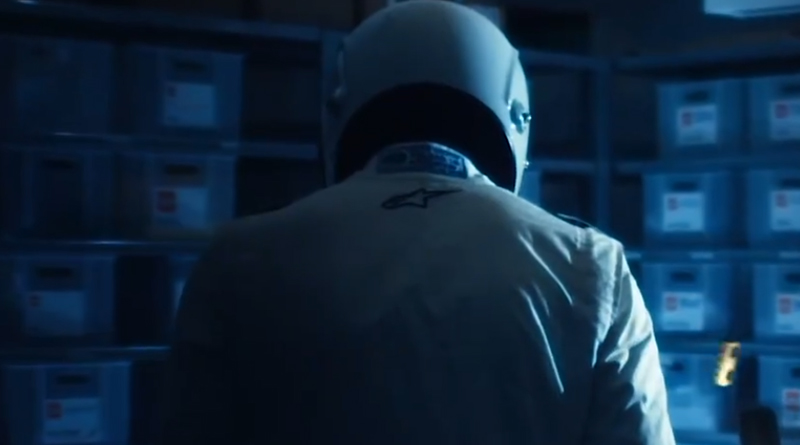 Like Peter Schmeichel in the recent Creator Expert 10272 Old Trafford – Manchester United video, the mysterious test driver is taking on a secret agent type role. The video may just be promoting 42109 App-Controlled Top Gear Rally Car, but given the text “What is he up to? ? Stay tuned to find out!”, it may be the first in a series of teases for a new licensed Technic set.

The BBC Top Gear team collaborated with the LEGO Technic design team to develop the 463 piece set. The CONTROL+ app will feature functions including steering, multi-touch control and gyro control. Challenges and achievements to unlock will encourage continued play with the car.