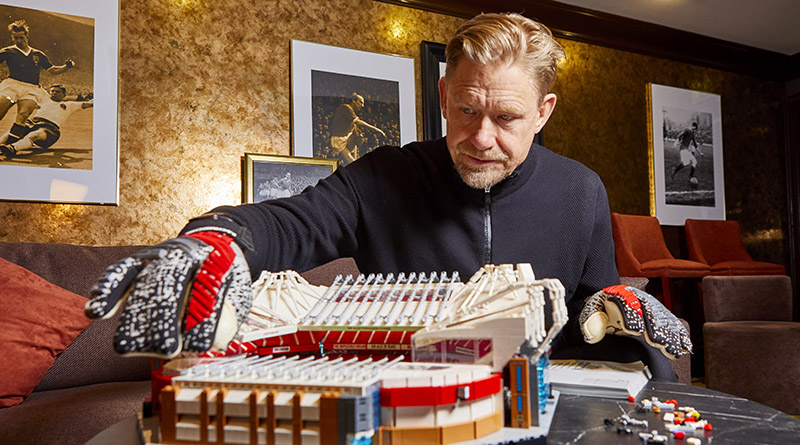 Today marks the 100th anniversary of the first game being played at Old Trafford and to celebrate, a video has been released that sees renowned goalkeeper Peter Schmeichel deliver LEGO Creator Expert 10272 Old Trafford – Manchester United to the stadium. It has also been announced that he will be appearing at the LEGO Store Manchester, located in the Arndale Centre, on March 6.

Along with LEGO Design Master Michael Psiaki, he will sign the boxes of the 3,898 piece set for fans – although the times have been curtailed by one hour, now from 5.00pm until 7.00pm.

“The LEGO Group is a beloved part of Denmark and my childhood, so to be able to mark the 110th anniversary of Old Trafford, a stadium so close to my heart, in a way that brings these two global icons together was an opportunity I could not miss. I hope fans around the world enjoy the footage of my special mission – and I can’t wait to meet many of you at the LEGO Store in Manchester,” says Peter Schmeichel.